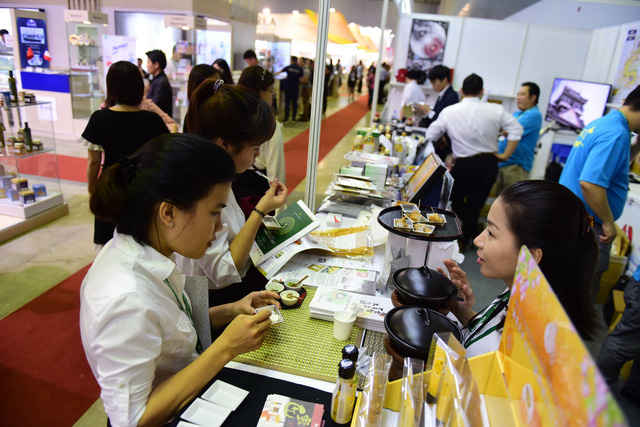 Food and beverages currently make up the highest proportion of Vietnamese consumers’ monthly consumption, according to a report.

The report on various issues related to the country’s food and beverage industry in 2018 was released by Vietnam Report, a company specializing in marketing, investment, and research consultancy, on Wednesday.

According to the report, whose scope and time were not disclosed, food and beverages accounted for 34 percent of Vietnamese expenses per month.

Entertainment and education followed far behind with 16 percent, electricity and water with 13 percent, and clothing with 11 percent.

Coming in last on the list were medicine and healthcare, accounting for only seven percent of an average Vietnamese’s monthly expenses.

The report claimed that the current level of spending on food and beverages makes them one of the most attractive industries in Vietnam.

The food and beverage sector currently occupies about 15 percent of the Southeast Asian country’s GDP and is expected to continue growing well into the future, according to the report.

BMI Research predicts that the growth rate of the food and beverage industry will increase during 2016 - 2019, with Vietnam likely to rank third in Asia.

In addition, the advantages of the sector include a high proportion of young customers, proven by the fact that over 50 percent of Vietnam's population are under 30 years old.

That, coupled with improved incomes and changing shopping habits, increased wealth, and an abundance of agricultural products able to be used for food processing and beverage production, makes it an extremely attractive industry for investors.

It said that the demand for natural and organic foods is growing in popularity, for more than 86 percent of consumers in Hanoi and Ho Chi Minh City are willing to spend more on health safety.

The second trend is that the market is redefining convenience food as the demand for fast-moving consumer goods (FMCG) is different than in the past.

In modern life, the view about family, especially in urban areas, has changed, with a household's size having shrunk to only four to five people and the proportion of single people on the rise.

In order to serve these target consumers, food and beverage companies have decreased the specifications and weight of packaged goods in order to fit the changing social trends.

In addition, companies are also looking to offer ready-made meals to bring consumers not only dry and constant products, but also fresh, tasty, and nutritious food in a healthy, safe, and convenient manner.

Young Vietnamese like to experience and are willing to pay for delicious and exotic foods they see popping up on their social media feeds.

They also order food and drinks and make reservations through mobile applications, making the food and beverage market even more exciting.

According to another market report, food and beverages were among the top ten products traded online in 2017.