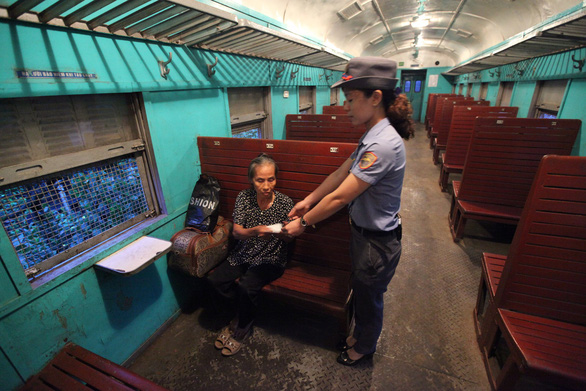 With only a handful of passengers boarding trains from Hanoi to three neighboring provinces each day, the local railway transport company is struggling to keep these routes running.

Trains to the northern provinces of Lang Son, Thai Nguyen, and Quang Ninh depart daily from the capital, but only one or two passengers typically get on at the first station.

Even when those getting on at other stations are counted, these trains serve only a dozen passengers a day, according to Hanoi Railway Transport JSC, which operates the routes.

Most passengers are vendors who transport their daily produce by train to these provinces for sale, a company leader said.

Meanwhile, tourists or regular commuters often opt to travel between the destinations by road to save time, as a railway trip could take way longer than a bus ride, the leader explained.

Despite such substantial losses that the company suffers every year, it has kept the routes alive for social reasons, and to provide jobs for those tasked with operating the trains.

“We wanted to close these routes, but the local administrations [of the three provinces] asked that we keep them for the passengers that still depend on them for their commute,” said Phung Thi Ly Ha, deputy general director of Hanoi Railway Transport JSC.

“That’s why we have kept them running, even though only one or two passengers board the trains at departure,” she explained.

A South Korean company once operated a five-star tourist train from Hanoi to Ha Long, but it was forced to shut down in no time due to competition from road options.

While it takes seven hours for a train to travel between Hanoi and Ha Long, a bus ride between the destinations only takes one and a half hours.

This is mostly due to outdated railway tracks, which limit the maximum speed at which trains can travel even with powerful engines, experts explain.