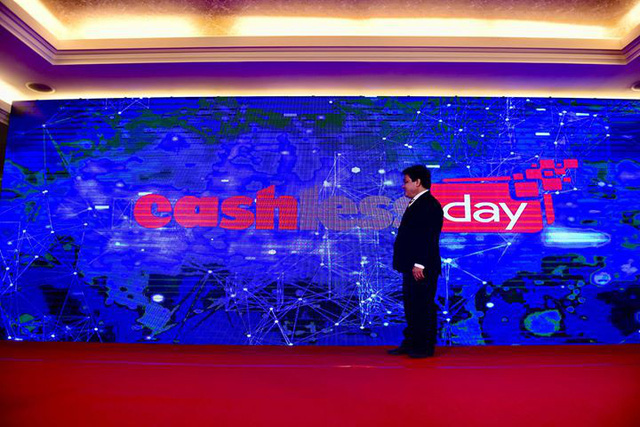 Tuoi Tre (Youth) newspaper, one of the leading dailies in Vietnam, has suggested celebrating ‘Cashless Day’ on June 16 every year as a way to promote non-cash payment in the Southeast Asian country.

The proposition was made by Tuoi Tre editor-in-chief Le The Chu as he addressed the seminar “Toward a cashless society,” co-organized by the newspaper and the State Bank of Vietnam (SBV) in Ho Chi Minh City on Tuesday.

The event was meant to solicit ideas and suggestions on what can be done to reduce the use of cash in the country from SBV officials, economic experts, finance specialists and representatives from several local commercial banks.

In his opening remarks, Chu briefed attendees on the current status of cashless payment in Vietnam, difficulties in investment in digital payment infrastructure and possible solutions to these challenges.

In a society where cash remains ‘king’ and using cash is a culture and habit of Vietnamese people, the editor-in-chief admitted that it will be challenging to transform Vietnam into a cashless society.

“But just because it is difficult does not mean it is impossible to make such a transformation,” he underlined.

Chu proposed making June 16 the ‘Cashless Day’ as an event to encourage non-cash payment in Vietnam.

Speaking at the seminar, SBV deputy governor Nguyen Kim Anh said it seems to be an irreversible process for Vietnam to move toward a non-cash society, taking into account all the significant advantages brought about by digital payment methods.

According SBV data, more than 43 million Vietnamese people, making up more than 60 percent of people aged 15 years and older, owned a bank account as of mid-2018.

Vietnam now has 76 providers of Internet payment services and 41 mobile payment operators, according to SBV data.

However, experts also expressed their concerns that promoting non-cash payments and clamping down on cash usage in Vietnam would not be without obstacles.

Pham Tien Dung, general director of SBV’s payment department, pointed to three reasons, which include the long-established habit of using cash and the reluctance to try new payment technology among local consumers.

The other reason, according to Dung, is the fact that payment infrastructure is mainly concentrated in urban areas and people in rural areas lack necessary means to go cashless.

In order to promote non-cash payment, Vietnam needs as many new payment products and services as possible, Dung, the SBV official, suggested.

“The payment methods should meet the needs of users, especially those in rural areas, while service providers with payment systems should be connected with one another,” he underlined.