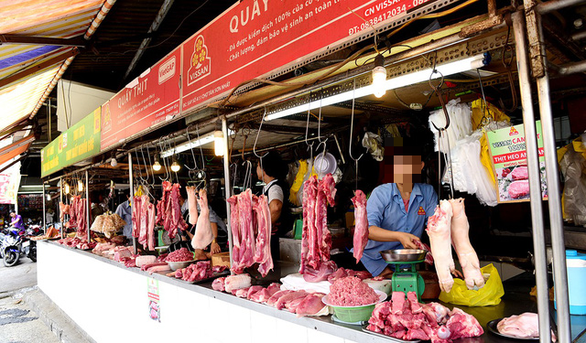 Plummeting demand for pork in Vietnam, which resulted from an African swine fever (AFS) epidemic that has hit more than a dozen northern provinces and cities, has caused domestic pig farming to suffer from a daily loss of US$4.3 million, industry insiders say.

The highly contagious disease, which is incurable in pigs but harmless to humans, has spread rapidly across northern and north-central Vietnam since the first outbreaks were recorded in early February.

As of Tuesday, AFS has been found in 21 northern and north-central Vietnamese provinces and cities, including Hanoi, according to the Ministry of Agriculture and Rural Development.

A national steering committee on AFS prevention was also formed on Monday to seek coordination from 11 ministries and government agencies in squelching the spreading disease.

Although AFS has so far been limited to northern and north-central Vietnam, the impact of news coverage of the disease has caused pork consumption to plummet nationwide, including in southern provinces and cities.

For the past week, trading of pork at Ho Chi Minh City’s biggest wholesale markets has dropped to an all-year low.

On Monday evening, only 190 metric tons of pork was traded at the Binh Dien Market in District 8, the largest wet market in the southern metropolis, a drop of 35 percent compared to regular sales, according to the market's management authority.

Similarly, the number of live pigs traded at the Hoc Mon Market in the namesake district in Ho Chi Minh City dropped by 1,000-1,200 to around 3,600-3,900 animals nightly, compared to the pre-epidemic period.

The plunge shows no sign of leveling out any time soon, according to market representatives.

Many companies and schools across Vietnam have already stopped using pork in preparing meals for their employees and students, despite government efforts to reassure citizens that pigs sold on the market are safe for consumption.

Lackluster demand has also forced Vietnamese pig farms to sell their live animals at much lower prices than before.

The disease has led domestic consumption to fall by 50 percent, he said.

Consumers’ boycott of pork has had a much bigger impact on the domestic pig farming industry than AFS itself, Luc said, as the economic cost of destroying over 20,000 infected pigs has only amounted to roughly VND100 billion so far.

“Swine that are not sold will cost more to feed and run a higher risk of catching diseases,” Luc said.