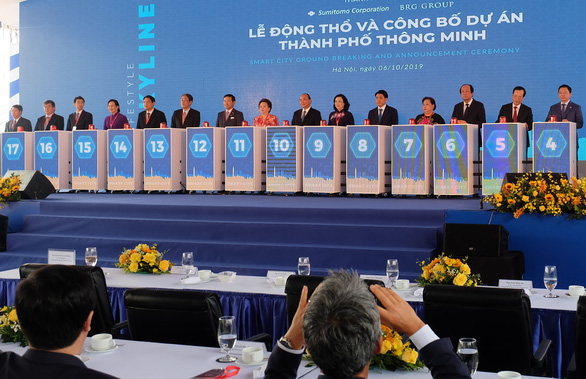 It will be connected with downtown Hanoi and Noi Bai International Airport to create a launch pad for socio-economic development.

PM Phuc previously approved a joint venture between Vietnam’s BRG Group and Japan’s Sumitomo Corporation as the developer of the project.

The joint venture will formulate a detailed plan on the application of smart and modern technologies such as 5G networks, facial recognition, and an intelligent system that can monitor air and water quality, weather developments, and give warnings of disaster risks, all of which are aimed at ensuring safe and convenient life for citizens.

According to Nguyen Duc Chung, chairman of the Hanoi People’s Committee, this is the first-ever smart city project to be initiated in Hanoi and Vietnam in general.

The project is expected to be complete in 2028, said Nguyen Thi Nga, chairwoman of BRG Group.