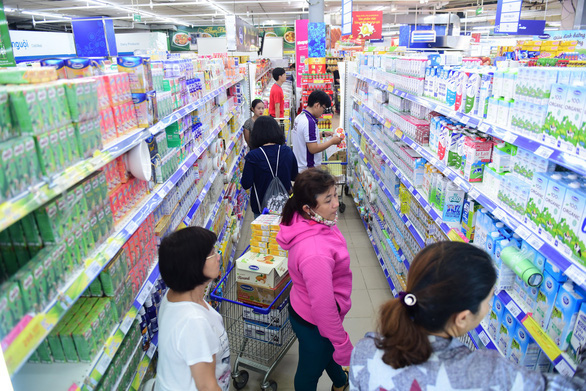 Dairy group Vinamilk, Vietnam’s second-largest listed company, saw its shares drop 2.63 percent on Monday due to a rumor circulating on social media about the origin of ingredients used in its products.

The rumor surfaced on the Internet in Vietnam last week.

Specifically, some Facebook users claimed that Vinamilk’s milk products are not made from fresh milk as advertised, but from skim milk powder and fat filled milk powder.

The dairy producer made an official announcement on Saturday to dismiss the false information, reassuring consumers about the quality and reliability of its products, the Lao Dong (Labor) newspaper reported.

Vinamilk’s chief marketing officer Phan Minh Tien was quoted by the Vietnamese-language newspaper as saying the company’s infant formula and nutrition powder are made from ingredients imported from the U.S., New Zealand, the European Union, and Japan, in addition to domestically sourced ingredients.

Meanwhile, the company’s fresh milk products are made entirely from fresh cow milk produced at its farms, he added.

Twenty five out of 30 biggest blue chips, including VNM, were in the red on Monday.