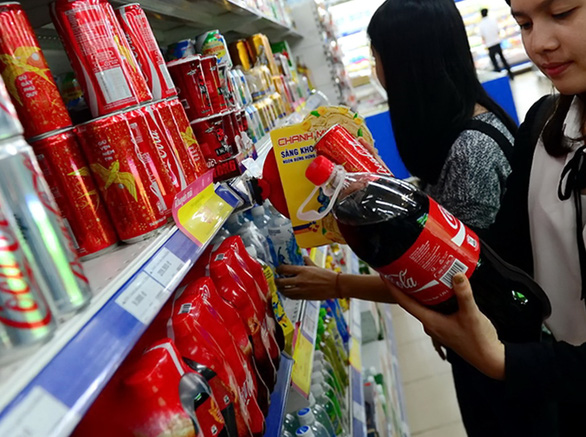 Coca-Cola Vietnam is required to pay over VND821 billion (US$35.4 million) in fines and tax arrears as the company had made incorrect tax declaration, a source told Tuoi Tre (Youth) newspaper on Thursday.

The beverage company is also subject to a fine of more than VND61.6 billion ($2.7 million) for administrative violations.

The firm had previously been told it would be required to complete its payment within ten days of December 25, 2019 and certain measures would be enacted if Coca-Cola Vietnam refused to follow the request.

Addressing the issue in a discussion with Tuoi Tre, Peeyush Sharma, CEO of Coca-Cola Vietnam, stated that the company's business activities are always conducted with honesty, transparency, and absolute compliance with Vietnamese laws.

According to Sharma, between March 2017 and March 2019, the General Department of Taxation launched an audit of the company’s tax documents from 2007 to 2015.

During the inspection, Coca-Cola Vietnam realized that the firm had made some “small mistakes.”

The company told the tax department that it would work with them to ensure it was all paid up, Sharma said.

However, Coca-Cola Vietnam had only paid VND38.254 billion ($1.65 million) by January 3, according the Ho Chi Minh City tax department.

Moreover, the March 2017-December 2019 inspection also cut Coca-Cola Vietnam’s losses during the period by VND762 billion ($32.9 million), according to the General Department of Taxation.

Meanwhile, deductible VAT brought forward since December 2015 was reduced by more than VND72.8 billion ($3.14 million) after the inspection.