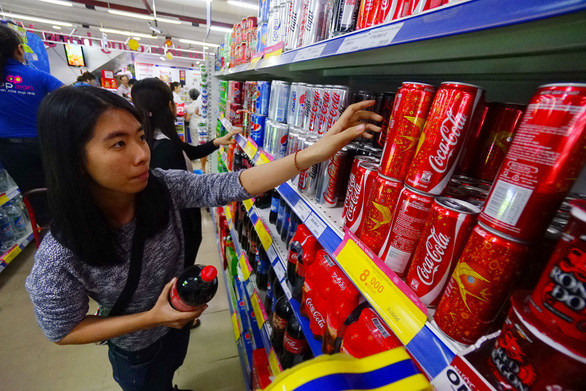 Coca-Cola Vietnam has paid VND471 billion (US$20.3 million) of the VND821 billion ($35.4 million) in fines and tax arrears it is asked to settle by Vietnamese tax authorities due to incorrect tax declaration, both sides confirmed on Friday.

Vu Thanh Truc, public relations and sustainability manager at Coca-Cola Vietnam, said on Friday afternoon that the beverage company had made the VND471 billion payment within ten days of the request by the General Department of Taxation (GDT) although it does not agree with most of the conclusions of the tax governing body.

The beverage company is also subject to a fine of more than VND61.6 billion ($2.7 million) for administrative violations.

In Friday’s statement, Truc said the firm had only made some “small mistakes” and “is always committed to ensuring full compliance with all local tax requirements and obligations,” echoing words said a day earlier by Coca-Cola Vietnam CEO Peeyush Sharma.

The VND471 billion payment made by Coca-Cola Vietnam covers its tax arrears, while the company still owes more than VND288.6 billion in late tax payment fines and over VND61.6 billion in fines for administrative violations.

Minh said the outstanding fines must be paid off within ten days or "Coca-Cola Vietnam will have to pay additional fines for any late payment."

The tax official added the company reserves the right to appeal against the tax department’s conclusions if it believes they are incorrect.