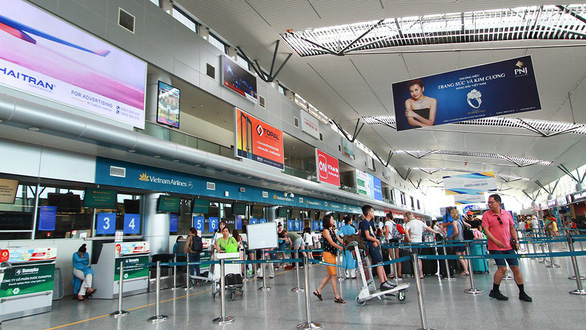 Da Nang International Airport in the namesake central Vietnamese city will no longer make flight information announcements via its public address (PA) system from May, the Airports Corporation of Vietnam (ACV) has said.

Accordingly, all flight status information, including delays and cancelations, will only be shown, in both Vietnamese and English, on electronic display boards at the airport’s domestic T1 terminal from May 1.

Passengers are encouraged to keep track of updates on their flight status via the display systems and be present at the departure gate by the time specified on their boarding passes.

Other methods to notify passengers of flight delays or early departure will also be employed, such as sending text messages and emails, making phone calls, putting notice boards in easily recognizable locations, or arranging staff to inform passengers directly at the airport, according to the radio broadcaster Voice of Ho Chi Minh City.

Earlier, Noi Bai International Airport in Hanoi has reduced the frequency of making announcements via its loudspeakers since September 2016.

Da Nang International Airport is the third airdrome in Vietnam to follow suit.

The move is meant to make Vietnamese airports more pleasant and quiet places for passengers as ‘going silent’ is a recent trend adopted by many major international airports, ACV said.