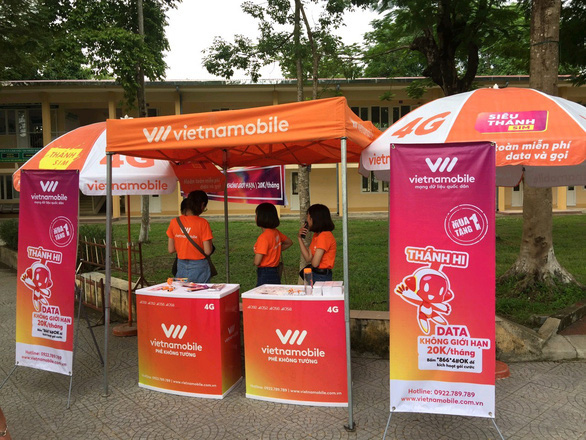 The Ministry of Information and Communications held the conference to review the extensive inspection into the management of prepaid mobile subscribers’ information, which had been carried out between October 1 and November 20, 2019.

In Vietnam, a SIM card must be properly registered at the time of activation with the owner’s identification information, including their full name, date of birth, and national ID number.

However, some SIM card dealerships have defied the law by pre-registering cards en masse with fake information and selling the ready-to-use cards with large balances at cheap prices to customers, particularly foreigners unaware of the registration process.

Vietnam had five veteran mobile network providers as of October 2019, including Vinaphone, MobiFone, Viettel, Vietnamobile, and G-tel, and a mobile virtual network operator — ITelecom —that had only debuted in April that year.

In last year’s inspection, the local departments of information and communications checked 140 branches and affiliates of the five telecoms enterprises and service providers throughout the country, according to the ministry’s chief inspector Do Dinh Ro.

The country had nearly 130 million mobile phone numbers operated by the five mobile network carriers at the time of the inspection.

Inspectors found a firm having pre-registered up to 88,637 SIM cards and confiscated 6,900 ready-to-use cards during their inspection.

In addition, each of the firms Vinaphone, Viettel, Mobifone, and Vietnamobile was fined VND90 million ($3,800).

The fines totaled VND777 million, according to the inspection report.