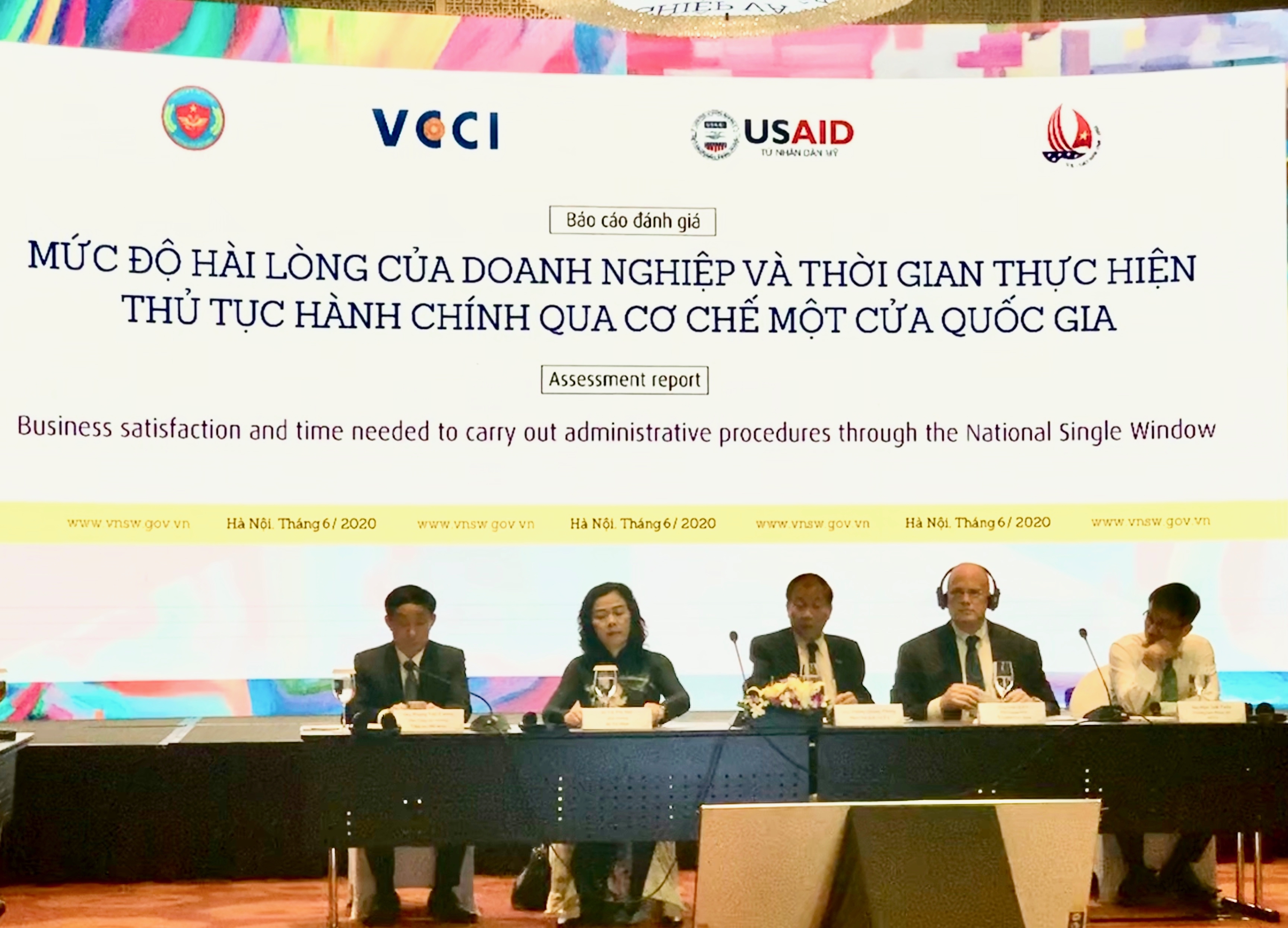 A survey conducted by the United States Agency for International Development (USAID) has showed that many Vietnamese businesses are satisfied with services provided by the National Single Window, which helps simplify import and export administrative procedures in Vietnam.

The USAID, in collaboration with the Vietnam Chamber of Commerce and Industry (VCCI) and General Department of Vietnam Customs (GDVC), organized a seminar in Hanoi on Monday to report the findings of the survey.

The survey was conducted from September 2019 to March 2020 to measure the level of satisfaction among businesses in carrying out administrative procedures via the National Single Window (NSW).

NSW is a one-stop shop for customs clearances and is expected to simplify import and export administrative procedures in accordance with international practices and standards.

The survey collected opinions of nearly 3,100 businesses about 12 administrative procedures and public services that are most processed on the NSW, according to VCCI vice-president Hoang Quang Phong.

Respondents said they had considerably saved time and costs when using such services, with 95 percent and 93 percent finding it easy or relatively easy to use them, respectively.

At the seminar, attendants also discussed the role of the NSW system and current trade-related reforms in Vietnam.

For the past two years, the USAID Trade Facilitation Program has worked with GDVC, VCCI, and other partners on various activities to reduce the time and cost to trade in Vietnam.

With over US$77.6 billion in bilateral trade between the United States and Vietnam in 2019, USAID will continue to actively support the Vietnamese government and private sector to undertake reforms and improve the business community’s satisfaction with key trade facilitation tools such as the NSW.