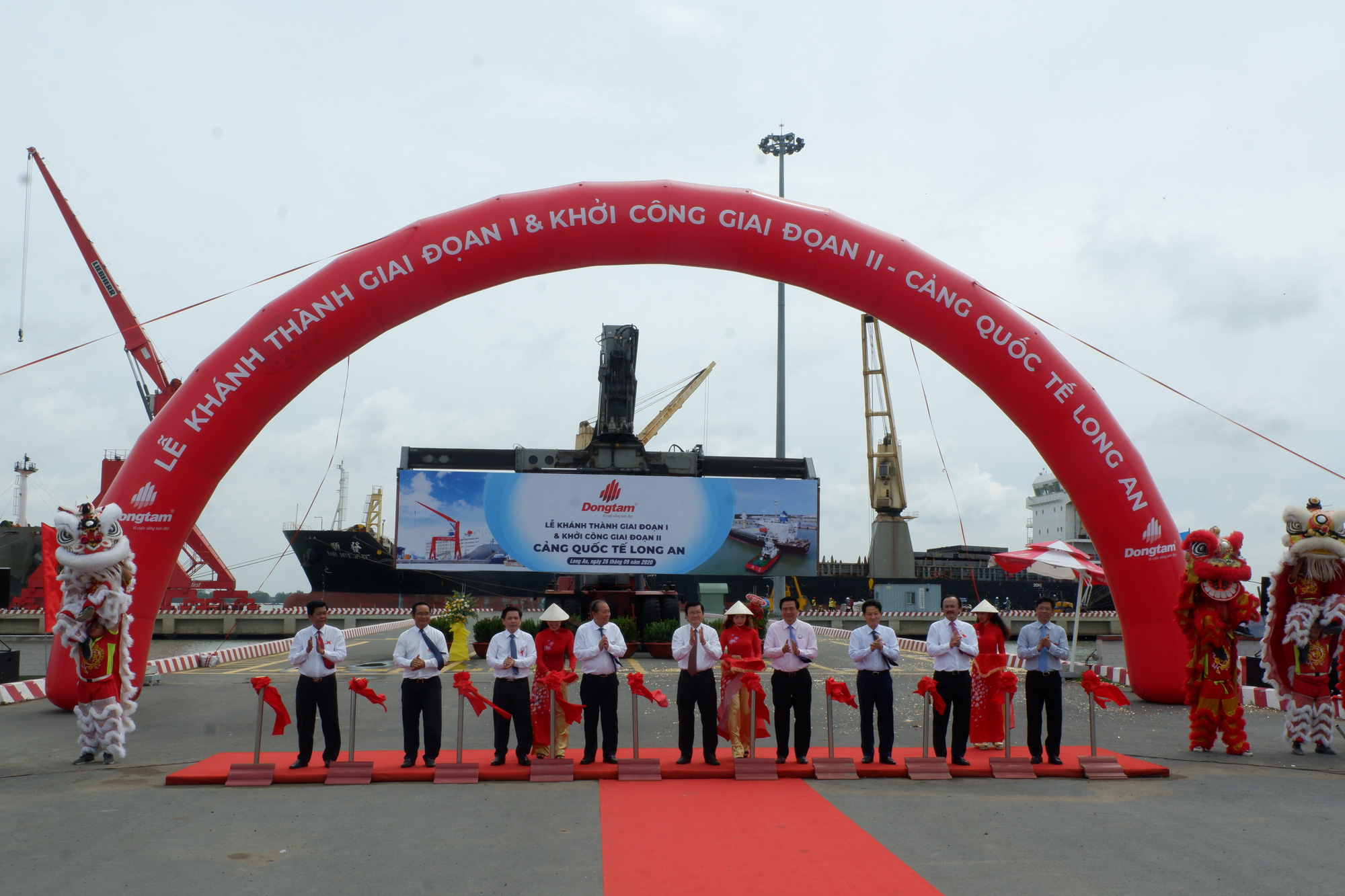 An inauguration ceremony was held for the first phase of Long An International Port in the namesake province in Vietnam’s Mekong Delta on Saturday.

Construction for the second phase of the port also began the same day, the Vietnam News Agency reported.

Located in Tan Lap Commune, Can Giuoc District, the 147-hectare port is developed in three phases at a cost of nearly VND10 trillion (US$430.7 million).

It is designed to have seven wharves, which are able to receive ships of up to 70,000 DWT.

More than 400,000 square meters at the port was dedicated to building warehouses, serving the transportation of farm produce, steel, fertilizer, and others in the Mekong Delta.

The project is aimed at reducing traffic congestion and logistics costs in Long An Province and the Mekong Delta in general.

The port is situated along the Soai Rap River and is about 20km from the sea, only 40km from the center of Ho Chi Minh City, 65km from Tan Son Nhat airport, and can be reached via provincial highway No. 830, National Highway 1, Highway 50, and Ho Chi Minh City - Trung Luong Expressway.

Its construction began in 2015 and three wharves with the total length of 630 meters have been complete so far.

As of 2019, Long An International Port had received nearly 1,000 domestic and foreign ships, including many 50,000 DWT ships, with about one million metric tons of imported and exported goods.

Dong Tam Group, developer of the project, is constructing the fourth and fifth wharves, which are expected to be put into operation in 2021.