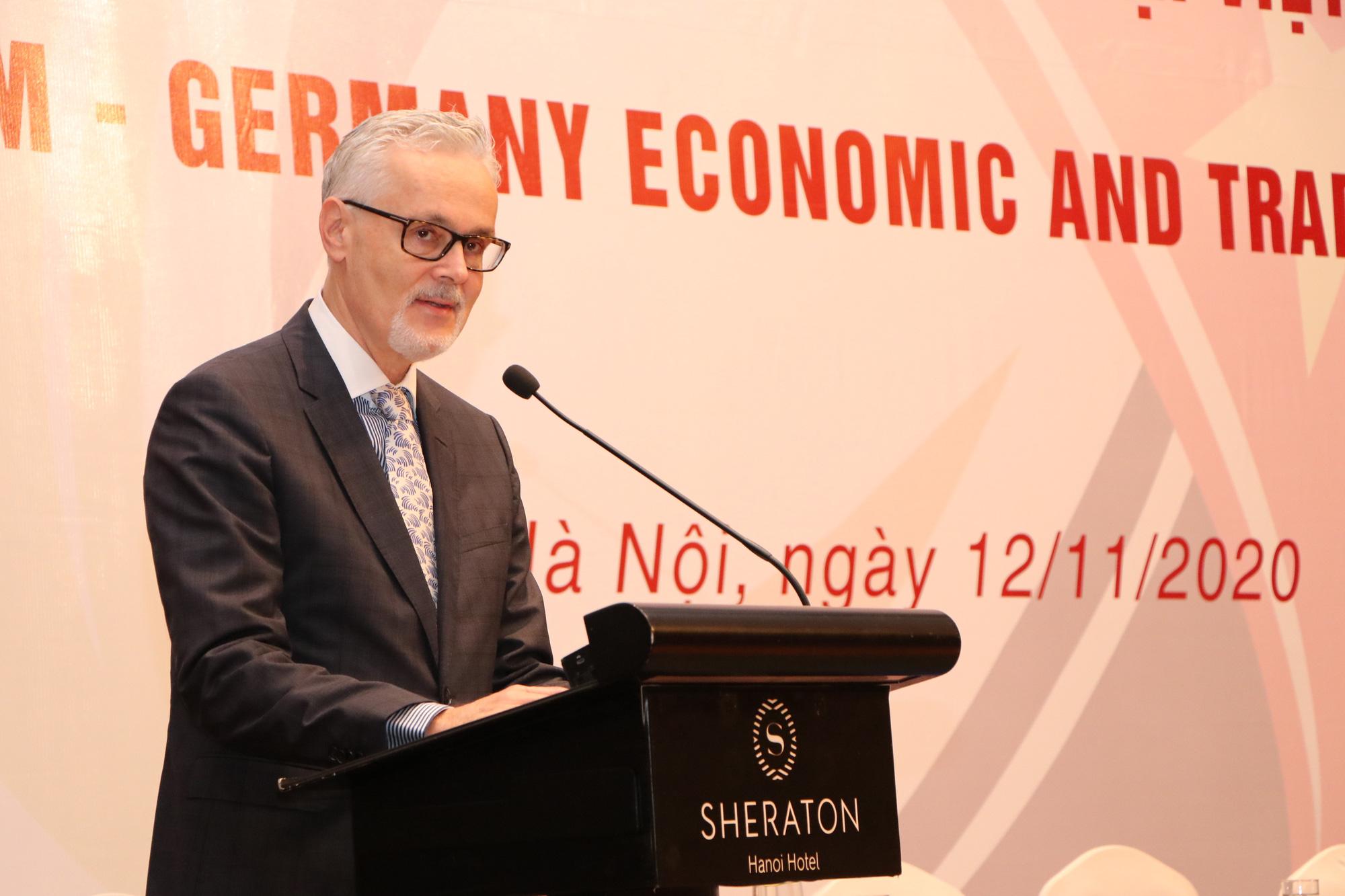 A forum on the promotion of Vietnam and Germany’s economic and trade ties was organized in Hanoi on Thursday on the occasion of the 45th anniversary of the two countries’ diplomatic relations.

The event was jointly held by the University of Economics under the Vietnam National University - Hanoi, Germany’s Friedrich Naumann Foundation for Freedom (FNF) in Vietnam, and the Ministry of Natural Resources and Environment.

The forum was aimed at connecting Vietnamese with German businesses, attracting resources from the Vietnamese community in Germany, and promoting the establishment of favorable investment policies.

Speaking at the event, Deputy Minister of Foreign Affairs To Anh Dung stated that Germany is one of Vietnam’s leading strategic partners in Europe.

The two nations have achieved positive development in multi-faceted cooperation since establishing their diplomatic relations 45 years ago and strategic partnership nine years ago, Dung continued.

The Vietnam-Germany trade and investment cooperation has developed rapidly over recent years but remains modest compared to its potential and the desire for cooperation on both sides.

Businesses from the two countries should actively tap into opportunities and advantages to further promote cooperation, the official said.

A free trade pact already signed between Vietnam and the EU presents an opportunity for German companies to expand their business and investment in the Southeast Asian nation, he noted.

German Ambassador to Vietnam Guido Hildner said environmental protection, sustainable development, and energy supply have served as the foundation for bilateral cooperation for many years.

Germany will continue to maximize its support for Vietnam in developing these fields, along with education and vocational training, he added.

More than 6,700 Vietnamese students and over 1,000 graduate students are studying and doing research in Germany, which reflects the close coordination in education between both nations.