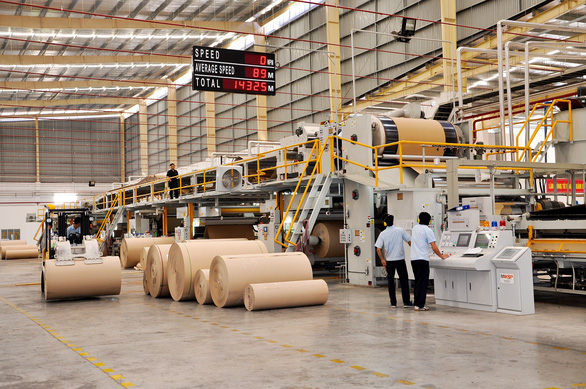 TCG Solutions Pte, a subsidiary of Thailand's conglomerate Siam Cement Group (SCG), has announced its plan to purchase over 12 million shares, or a 94.11 percent stake, of Bien Hoa Packaging (Sovi).

The transaction is set to take place from December 16 to 31.

Earlier, Sovi paved the way for the acqusition by raising its foreign ownership limit to 100 percent in July.

In addition, Sovi’s Vietnamese members of board of directors and controllers resigned and were replaced with Thai personnel from TCG during the extraordinary general meeting on December 9.

Among the new personnel, Ekarach Sinnarong, chief executive officer (CEO) of a member company of SCG in Vietnam, was appointed as CEO and legal representative of the company for 2020-23 and TCG Solutions director Suchai Korprasertsri as new Sovi chairman.

SCG is one of Southeast Asia’s top conglomerates in the fields of cement, construction materials, chemicals, solar roofs, investment, logistics, and packaging.

In Vietnam, SCG was involved in dozens of mergers and acquisitions (M&A) deals over the last 30 years with the acquisition or stake purchase at Prime Group, Tin Thanh Packaging, Binh Minh Plastic, and Long Son Petrochemicals Complex.

Bien Hoa Packaging, founded in 1968, is specialized in manufacturing carton and offset packaging.

Its customers include such big names as Unilever, Pepsi, Coca-Cola, Nestlé, and LG.

In the first six months of the year, the company earned more than VND62 billion ($2.7 million) in profit after tax, an increase of 26 percent over the same period last year.