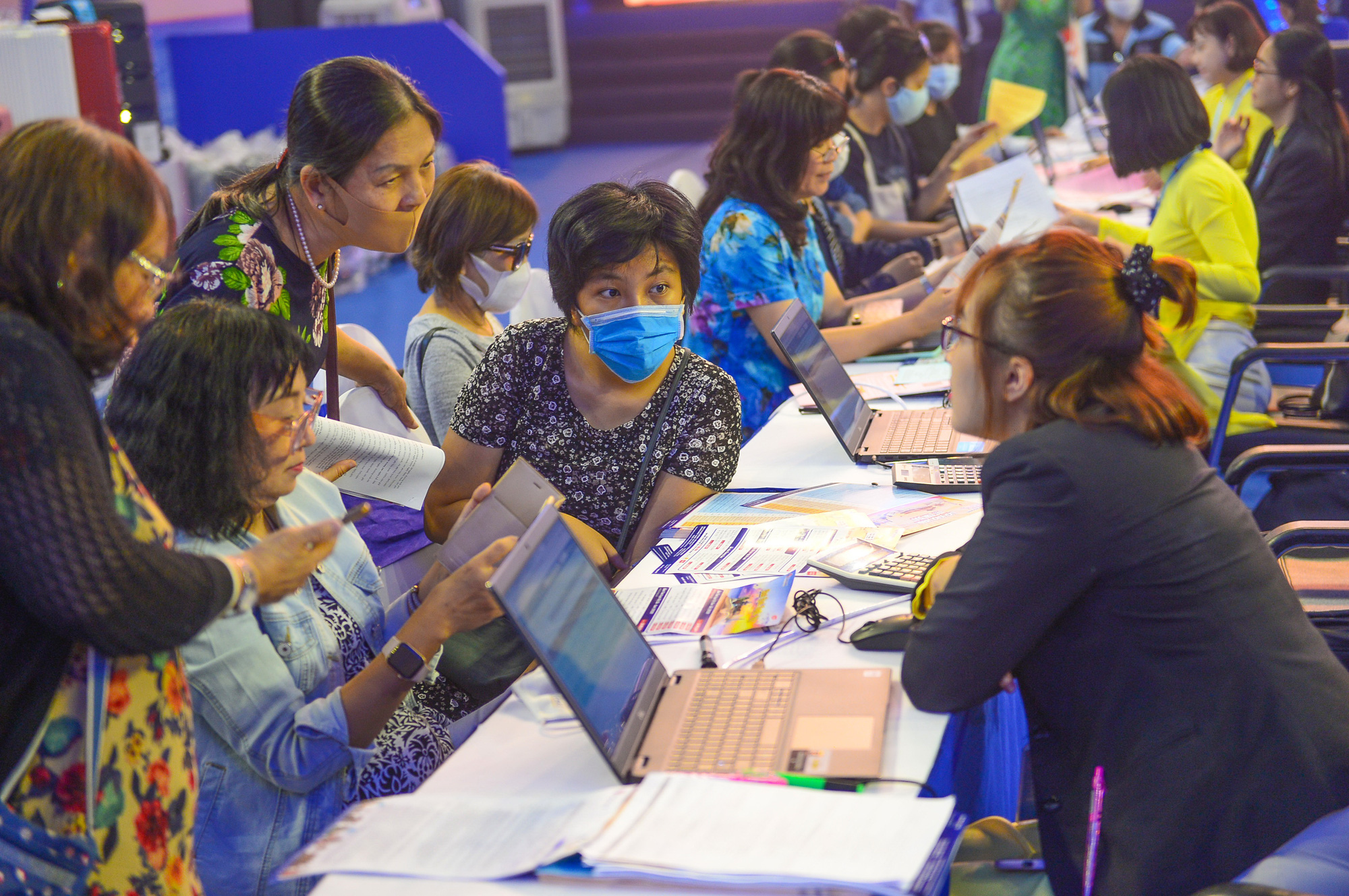 In 2020, Vietnam’s economy was still able to make some achievements that helped alleviate damage caused by the COVID-19 pandemic and several natural disasters.

Below are the nation’s biggest business and economic stories of the year:

In 2020, while the global economy has heavily suffered from COVID-19 blows, Vietnam is one of only a few countries in the world to maintain economic growth, with GDP increasing 2.91 percent.

A number of international banks and organizations repeatedly lifted their forecast for Vietnam’s economic growth this year.

Most recently, the Asian Development Bank adjusted its vision of the Southeast Asian country’s economic development in 2020 to 2.3 percent from 1.8 percent.

The economy has seen a number of bright signs, such as an estimated trade surplus of US$19.06 billion and 2,500 foreign-invested projects worth nearly $15 billion.

About 180,000 new companies were set up or existing companies resumed operations, up 0.9 percent year-on-year.

The disbursement of public investment reached 90 percent, which is the highest percentage in the 2011-20 period.

These outcomes result from the efforts of the entire political system and all economic sectors in implementing the twin targets of preventing the pandemic and boosting economic development, as well as from Vietnam joining new-generation free trade agreements, including the EU-Vietnam Free Trade Agreement (EVFTA), which took effect on August 1.

Seven consecutive storms hit the central region in October and November, including the strongest in the past 20 years, leading to widespread flooding that caused the death or disappearance of 249 people.

About 50,000 hectares of rice and crops were destroyed, while more than 4.5 million heads of livestock drowned.

There was also 149,000 hectares of forest affected, while a range of infrastructure and civil works were damaged.

The total damage caused by natural disasters is estimated at VND38.4 trillion ($1.66 billion), of which the damage from storms and floods accounts for VND31.7 trillion ($1.37 billion).

The RCEP will progressively lower tariffs and aims to counter protectionism, boost investment, and allow freer movement of goods within the region.

It marks ASEAN’s biggest free trade pact to date, covering a market of 2.2 billion people with a combined size of $26.2 trillion or 30 percent of the world’s GDP.

The prime minister on June 3 issued a decision approving the National Digital Transformation Program by 2025, with orientations toward 2030.

The program aims to realize the orientations and policies of the Vietnamese government to develop the economy based on digital technologies.

Accordingly, Vietnam will strive to become a leading digital country and economy in the ASEAN region by 2030 and allow comprehensive testing of new technologies in the digital economy.

The main targets include improving competitiveness of the economy, with an average digital economy growth rate reaching 20 percent a year and labor productivity growth of at least seven percent by 2025.

The program also aims to build a transparent and effective government in order to be in the world’s top 50 in terms of e-government.

In the context of the COVID-19 pandemic, global supply chains have been severely disrupted.

However, Vietnam’s exports remained high, bringing its trade surplus to an estimated record of $19.06 billion.

This year, Vietnam had 31 items with an export turnover of over $1 billion, accounting for 92 percent of the total export revenue.

Of that, six items posted an export turnover of over $10 billion each.

The State Bank of Vietnam has slashed interest rates three times, with a total reduction of 1.5 to two percentage points per year.

At the same time, it has directed credit institutions to save costs and reduce lending interest, especially in priority areas.

Hike in number of dissolved enterprises

About 180,000 new companies were set up or existing companies resumed operations, up 0.9 percent year-on-year.

However, the number of enterprises ceasing operations for a certain period of time from January to November this year was 44,400 enterprises, increasing 59.7 percent compared to the same period last year.

Some 33,600 enterprises temporarily ceased operations and awaited dissolution procedures, a decline of 11.7 percent, while more than 15,400 companies were already disbanded, an increase of 3.1 percent.

On average, 8,500 firms withdrew from the market a month.

The tourism industry posted heavy losses with the number of international visitors to Vietnam falling over 80 percent and domestic tourists down nearly 50 percent.

The total damage of the sector is estimated at VND530 trillion ($22.8 billion).

Likewise, the aviation sector was devastated.

National flag carrier Vietnam Airlines, alone, made a loss of over VND15 trillion ($646.6 million) in the year.

A launch ceremony for novel carrier Vietravel Airlines, the sixth airline in Vietnam, was held on December 26.

Vietravel Airlines was founded with a charter capital of VND700 billion ($30 million).

It is permitted to operate air passenger services with over 30 aircraft within 50 years.

The establishment of Thu Duc City

The project of establishing Thu Duc City on the basis of merging three eastern districts of Thu Duc, District 9 and District 2 in Ho Chi Minh City with 34 wards, spreading over more than 211 square kilometers and home to more than one million people, was officially approved by the Standing Committee of the lawmaking National Assembly on December 9.

Thu Duc City will be developed into an innovation hub of industry, scientific research, and service.

It will be designed and built up in accordance with standards on urban planning, quality of life, and high quality service to ensure the development of modern industries and meet the demands of residents and enterprises.

A ceremony will be held on December 31 to mark the establishment of Thu Duc City.