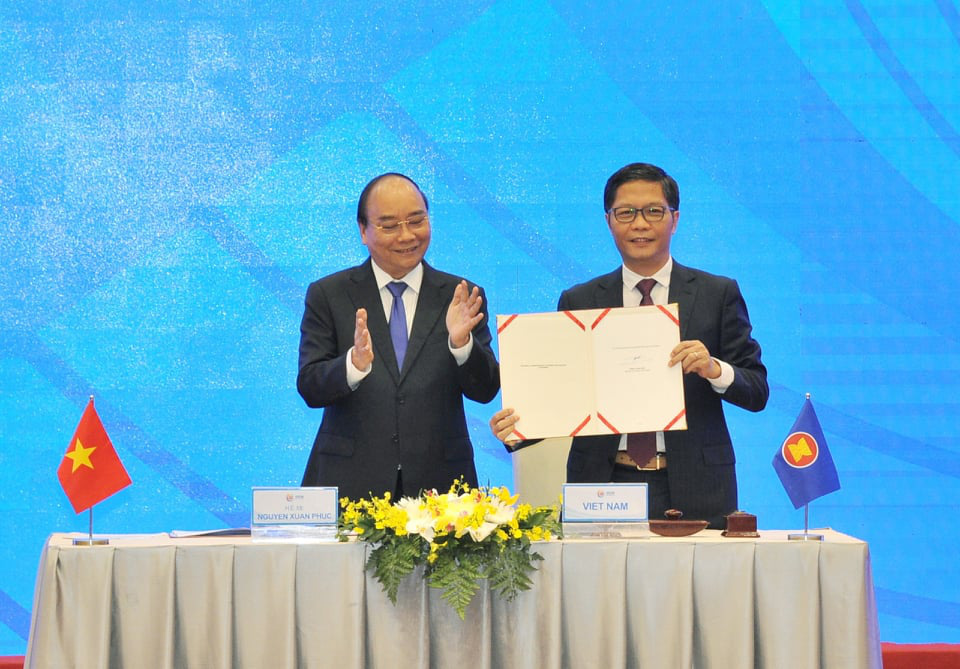 The Regional Comprehensive Economic Partnership (RCEP) was signed virtually by 15 countries including Vietnam on Sunday afternoon and is now considered the world's largest free trade agreement that will bring great benefits to all member countries.

The accord was signed within the framework of the virtual 37th ASEAN Summit and Related Summits hosted by Vietnam.

In Vietnam, the signing ceremony was attended by Prime Minister Nguyen Xuan Phuc, Deputy PM and Minister of Foreign Affairs Pham Binh Minh, and leaders of ministries and sectors.

After eight years, ASEAN and partner countries have completed the negotiations and opened up promising trade commitments for common development and prosperity, PM Phuc said at the event.

He believed that the agreement will soon be ratified and put into effect by its member countries, contributing to economic recovery following the COVID-19 pandemic and to the development of all member countries in the coming time.

Following the ratification, the RCEP will form a market of 2.2 billion consumers with a GDP of approximately US$26.2 trillion, accounting for about 30 percent of the global population and GDP, making it the world’s largest trade bloc, Tran Tuan Anh, Vietnamese Minister of Industry and Trade, told the press.

The agreement will bring both opportunities and challenges to Vietnam, as the country will face competition regarding products and services from other member nations, Minister Anh elaborated.

However, Vietnam’s experience in international economic integration, along with changes in administrative procedures and investment environments, will help the country overcome these challenges, the official said.

Eighteen months after the trade pact takes effect, other countries interested in joining the bloc can apply for their membership and will be decided by the consensus of all member nations.