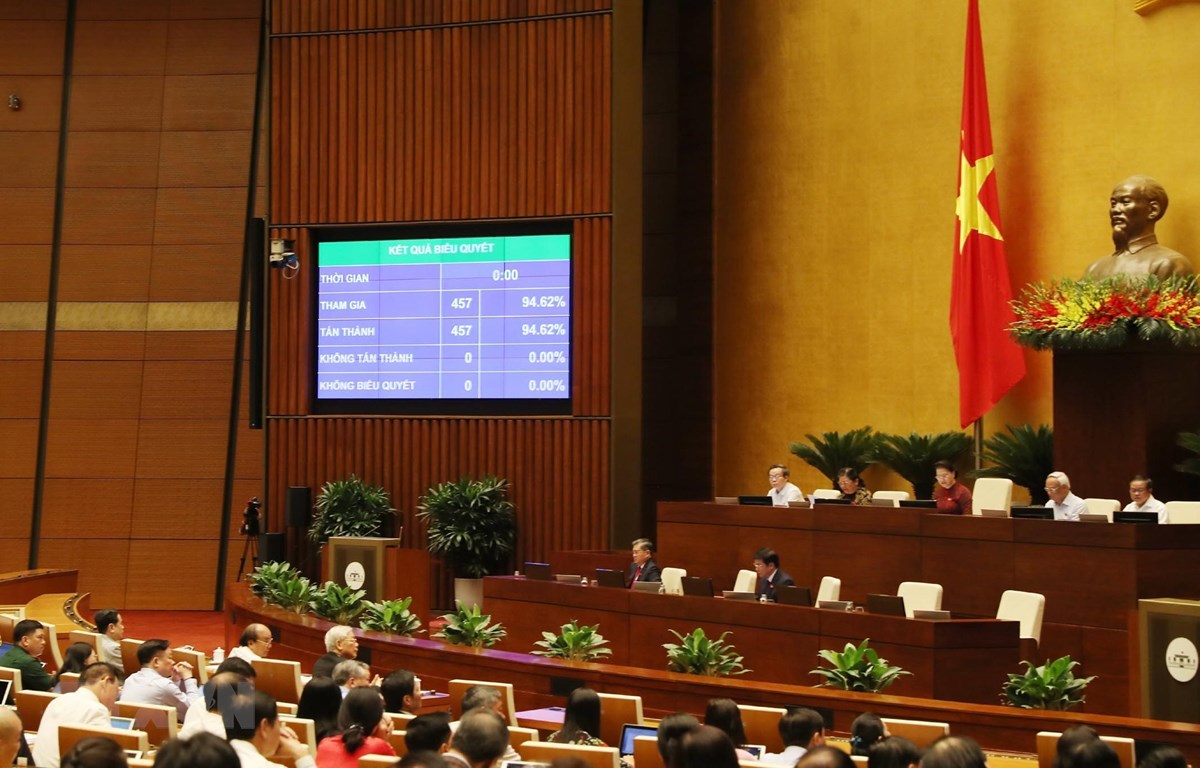 Lawmakers voted on resolutions to formally approve the two agreements as part of the agenda of their ongoing ninth session, which is scheduled to take place from May 20 to June 18.

The EVFTA is expected to come into force on August 1 after both sides have notified each other of the completion of internal legal procedures.

The adoption of the trade and investment deals represents great progress in the relations between the EU and Vietnam on the occasion of the 30th anniversary of diplomatic ties between the two sides.

The two agreements are expected to forge a solid foundation for investment and trade opportunities between the two parties.

Vietnam is the second-largest exporter to the EU among members of the Association of Southeast Asian Nations (ASEAN).

The deals would bring about abundant chances for Vietnam to become a production hub in the region because of seven to ten ‘golden years’ of access to the EU market.

The European Parliament previously ratified the EVFTA and EVIPA in February.

Under the EVFTA, Vietnam will cut 65 percent of import tax on EU commodities after the deal takes effect, while the rest will be erased over a ten-year period.

Meanwhile, the EU will eliminate more than 70 percent of tariffs on Vietnam’s commodities after the deal comes into fore, while the remainder will be phased out over the next seven years.

According to Nguyen Van Giau, chairman of the NA’s Committee for External Relations, the EVFTA will boost two-way trade, especially in sectors such as agriculture, fisheries, and textiles.

People will have access to goods, materials, equipment, and other products such as cosmetics with high quality and at affordable prices.

The accord also opens up an opportunity to promote administrative reform and improve the investment environment in Vietnam, Giau continued.

Meanwhile, the EVIPA is expected to help attract investment and modern technology from Europe into Vietnam, the official stated, adding that the grouping currently has about 2,500 projects with a registered capital of US$27.5 billion in the Southeast Asian country.

A study by the Ministry of Planning and Investment showed that the EVFTA will help increase Vietnam’s EU-bound exports by about 20 percent in 2020 and by roughly 43 percent in 2025.