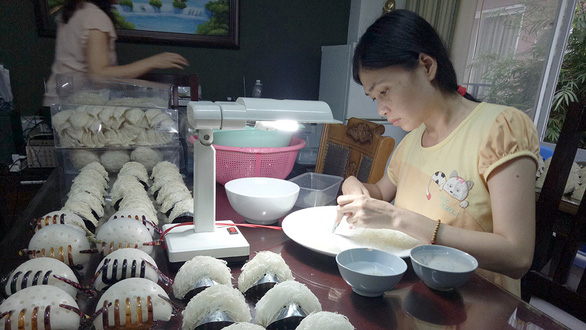 Vietnam is waiting for the completion of import-export procedures with China, a stepping stone for the Southeast Asian country to officially tap into the high-demand Chinese market for bird’s nests, which offers a variety of opportunities and profits.

China is the largest consumer of bird’s nests in the world, according to the Vietnam Farms and Agricultural Enterprises Association (VFAEA).

In 2017, the online sales of bird’s nests on the platform China's Alibaba Group alone reached about US$2 billion.

However, China currently applies very strict regulations on importing bird’s nests, with Malaysia, Indonesia, and Thailand being the only three Southeast Asian exporters.

In Vietnam, the average yearly output of bird’s nests reaches about 120 metric tons, according to the VFAEA’s vice-chairman Nguyen Van Minh.

The Vietnamese bird’s nest industry only started to thrive in 2010, with the country’s production accounting for about three percent of global swallow nest production.

In order to profit from the Chinese bird’s nest market, Vietnamese firms had carefully prepared before submitting their applications in April 2020 to competent agencies in China to gain official admission to this target market.

The signing of protocols for official export of bird’s nests to China was originally slated to take place in December 2020. But due to the impact of the COVID-19 pandemic, the two sides rescheduled the procedure to early 2021.

Inspections and review results have shown that such Vietnamese bird’s nest producers have met all requirements of international practices and Chinese partners on COVID-19 safety, while the paperwork preparation for the protocols is also almost complete.

At the beginning of 2021, the Vietnamese Bird’s Nest Farms Association, under the VFAEA, continuously organized business trips to provinces with large numbers of selected swiftlet houses to prepare for export to China.

All information about the location, production, traceability of bird’s nest products will be made public, according to the VBHA’s chairwoman Do Tu Quan.

The VFAEA also built a preliminary processing center and a quality inspection center for bird's nests in Ho Chi Minh City to facilitate immediate export once the permission is eventually passed, Quan said.

In addition, the VFAEA has worked with many swiftlet houses that want to participate in supplying bird’s nests to expand the supply chain for export.

Vietnam's first official order of bird’s nests to China is expected to be shipped in the first quarter of 2021, according to Quan.

According to the Vietnamese Bird’s Nest Farms Association, the number of new swiftlet houses increased sharply, but without proper registration or any standards in the 2018-19 period, causing difficulties in their management by state agencies.

While the Department of Livestock Production, under the Ministry of Agriculture and Rural Development, estimated that there are currently about 12,000 swiftlet houses nationwide, the statistics of the Vietnam Bird’s Nest Farms Association showed that the number of swiftlet houses exceeded 30,000.

However, the increase in quantity does not go hand in hand with quality.

Many swiftlet houses have failed to ensure hygiene standards, leading to a high nitrate content in the nest, which makes it not meet the quality standards for export.

In addition, most Vietnamese swiftlet houses harvest, process, and put their nests up for sale at home manually.

This leads to Vietnam having many local brands of bird’s nests, but their quality lags far behind the requirements of international consumers.

The low quality has resulted in low product values, most of which are merely purchased by domestic traders or exported in raw form with small quotas.

The Vietnamese Bird’s Nest Farms Association said it will give the owners of swiftlet houses guidance on repairing and cleaning their facilities to overcome the aforementioned limitations, in order to ensure the prestige of Vietnam's national brand of bird’s nests.

The authorities want Vietnam not to follow Malaysia’s mistake where 80 percent of Malaysian investors in bird’s nests report ineffective operations.

17 hours ago
Features the expat files