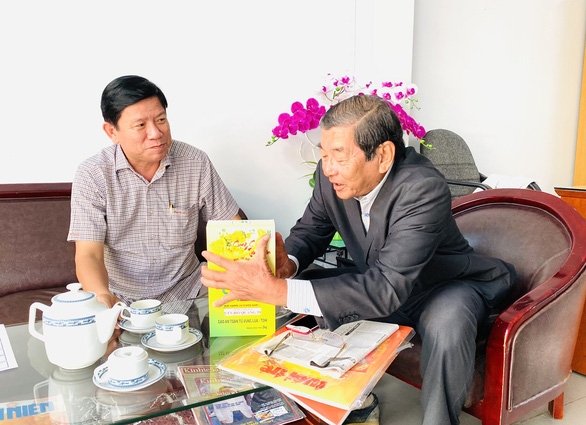 “Father” of Vietnam's ST25 rice proceeds with trademark registration in US

The creator of Vietnam’s ST25 rice, which was honored as the world’s best rice in 2019, is proceeding with the trademark protection registration for the variety in the U.S., a move after several American firms reportedly made such registration last year.

Cua made the statement following the news that five American firms reportedly submitted their applications for ST25 rice trademark registration in July 2020.

“We are not capable of exporting rice and knowledgeable about legal issues relating to overseas trademark protection, so we have yet to make such registration in the U.S. as well as other key markets,” the scientist explained.

The ST25 rice won the World’s Best Rice title in 2019, and the rice is highly trusted by consumers because of its outstanding quality, Cua said.

“It is rated better than the famous seasonal rice varieties of other countries,” he added.

With an aim to gain advantages in trade, many American firms made their trademark protection registration for the ST25 variety in the U.S. at the points of time when the rice had yet to be consumed abroad, the “father” of the rice said.

“Such a move by American enterprises is in compliance with the U.S. laws, but it can cause damage to related parties such as consumers,” Cua said.

With support from the media, the rice’s creator said he will endeavor to apply for the ST25 rice trademark protection in the U.S., for the prestige of the Vietnamese brand and the sake of consumers.

Cua said he has been deeply moved when a Vietnamese business giant with operations in the U.S. offered to assist him in getting through the trademark registration procedures.

“I would like to extend my sincere thanks to everybody for consultation and support, especially to the enterprise for its love for Vietnam,” said Cua.

In 2017, his ST24 rice won the second prize at the World’s Best Rice contest in Macau, China.

In a talk with Tuoi Tre on Wednesday, Vu Ba Phu, director of the Trade Promotion Agency under the Ministry of Industry and Trade, said local enterprises should proceed with necessary steps on trademark protection when they ship goods overseas, especially in their key markets.

“When exporting any products to any markets, Vietnamese enterprises must register for intellectual property protection of their goods in those markets,” said Hoang Minh Chien, deputy director of the Trade Promotion Agency, in a recent interview with Lao Dong (Labor) online newspaper.