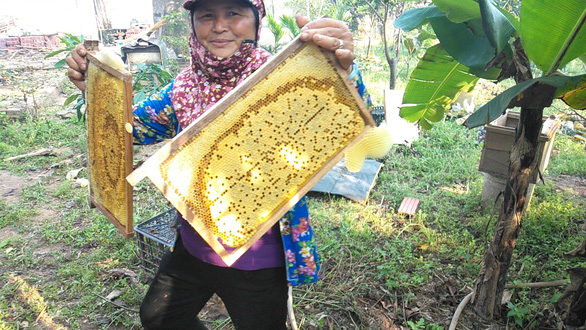 US plans to launch anti-dumping probe into Vietnamese honey

United States authorities are likely to commence an anti-dumping investigation into Vietnam's honey products, an undertaking which could lead to a 207 percent tarrif being placed on Vietnamese honey exports, Dinh Quyet Tam, president of the Vietnam Beekeepers Association (VBA), told Tuoi Tre (Youth) newspaper on Tuesday.

This would be the first time in history Vietnamese honey exports have been investigated by U.S. authorities, according to the Trade Remedies Authority of Vietnam.

On April 21, the U.S. Department of Commerce (DOC) received requests from the American Honey Producers Association and the Sioux Honey Association for anti-dumping investigations into honey imported from Argentina, Brazil, India, Ukraine, and Vietnam.

According to the VBA, the complainants suggested that Vietnamese honey be subject to an anti-dumping duty of up to 207 percent, a comparatively hefty tax compared to the 114 percent duty placed on Brazilian products, 99 percent on Indian products, and 23 percent on Argentinian products.

Such a hefty tariff, says Tam, would effectively kill the competitiveness of Vietnamese honey in the U.S., a market which accounts for approximately 90 percent of Vietnam’s annual honey exports.

Tam also noted that Vietnam’s 40,000 beekeeping households, as well as its hundreds of honey processing facilities and trading companies, would be severely hurt if such measures were to come into effect.

Vietnamese companies in the sector are working with the Chamber of Commerce and Industry of Vietnam, the industry and trade and agricultural ministries, and U.S. importers to devise a response to the possible investigation.

The DOC will decide whether to launch an investigation within 20 days, according to Vietnamese news site VnExpress.