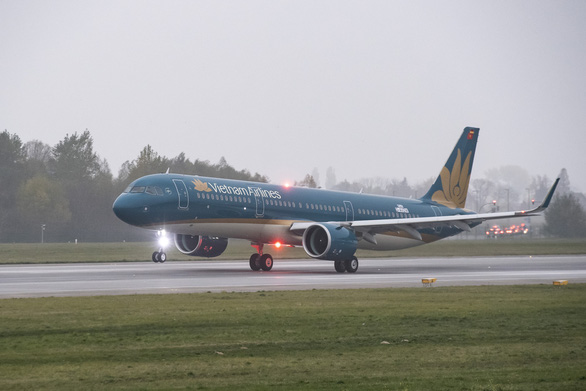 With COVID-19 prevention mandates actively hampering demand for travel, Vietnamese passenger airlines as well as travel agencies are suffering from one of the biggest blows ever recorded in the sectors’ history.

A report from the Ministry of Planning and Investment indicates major damage that Vietnamese tourism is incurring during the coronavirus pandemic, with around 90 percent of domestic tourism agencies and services becoming inactive, while the remaining 10 percent are on life support.

Once expecting a return to form after the first COVID-19 outbreak in Vietnam waned in the early summer of 2020, the industry fell once again to a downturn as the third outbreak eclipsed the peak season of the Lunar New Year holiday in early 2021.

Agencies providing international tours are suffering more as they are billed more for electricity usage, plus current law requires them to keep a deposit amount of VND500 million (US$21,750) at all times, which is five times more than the amount for domestic service providers, according to the Vietnam Travel Agency.

National air carrier Vietnam Airlines, 86 percent owned by the government, is on the brink of bankruptcy, while its two major competitors Bamboo Airways and Vietjet Air are also struggling, the Ministry of Planning and Investment stated in the report on the state of domestic business in the past 17 months.

Aiming to portray the gloomy status quo of various industries in the country, the ministry’s report is awaiting comments from central and local authorities before being submitted to the prime minister.

It pinpoints aviation as one of the hardest-hit sectors, seeing a drop in demand of around 35-65 percent and a 61 percent slip in revenue last year.

The trend continues in 2021, as the Lunar New Year holiday this year failed to deliver a peak in air travel demand as usual.

Falling in early February 2021, the holiday season overlapped the third outbreak that emerged in late January, which significantly discouraged Vietnamese from boarding airplanes.

It is calculated that Vietjet Air currently needs an additional VND10 trillion ($435 million) in capital in order to function properly.

The downward trajectory of the Vietnamese aviation is expected to persist till the end of the year, causing damage that cannot be fully remedied until 2024.