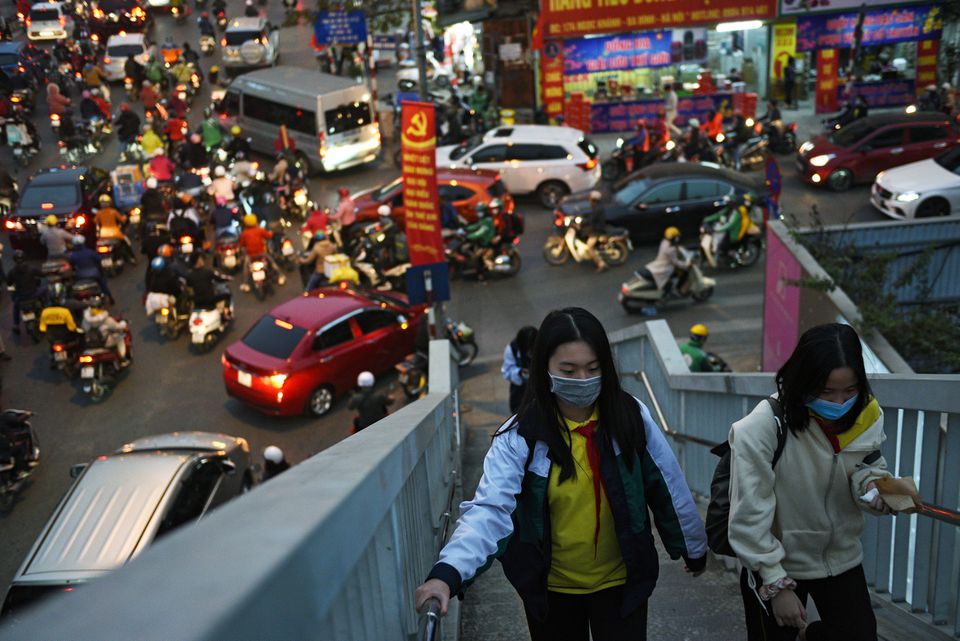 HANOI -- Vietnam’s economic growth accelerated in the second quarter of the year, as robust exports and industrial production amid a global recovery helped offset the impact of the Southeast Asian country’s most serious COVID-19 outbreak so far.

Gross domestic product grew 6.61% in the second quarter from a year earlier, faster than a revised expansion of 4.65% in the first quarter, the government’s General Statistics Office (GSO) said on Tuesday.

“Global trade continued to recover,” the GSO said in a statement.

“Domestically, macroeconomic stability has been maintained, while production and trade have seen decent results,” it said.

Vietnam’s exports in the first half of this year rose 28.4% from a year earlier to $157.63 billion, while industrial production increased 9.3%, according to the GSO.

The GSO, however, said an ongoing COVID-19 outbreak is posing a threat to the Southeast Asian country’s economic recovery.

After successfully containing the virus for most of last year, Vietnam is grappling with a rise in infections since late April that accounts for more than three quarter of the total 16,238 registered cases. So far, there have been 78 deaths.

The outbreak is “evolving in a complicated manner, challenging the management and administration to develop the economy and ensure social security,” the GSO said.

The industrial and construction sector in the April-June period grew 10.28% from a year earlier, the GSO said. The services sector expanded 4.30%, while the agricultural sector grew by 4.11%.

Vietnam’s consumer prices in June rose 2.41% from a year earlier and were up 1.62% from December, the GSO Said.