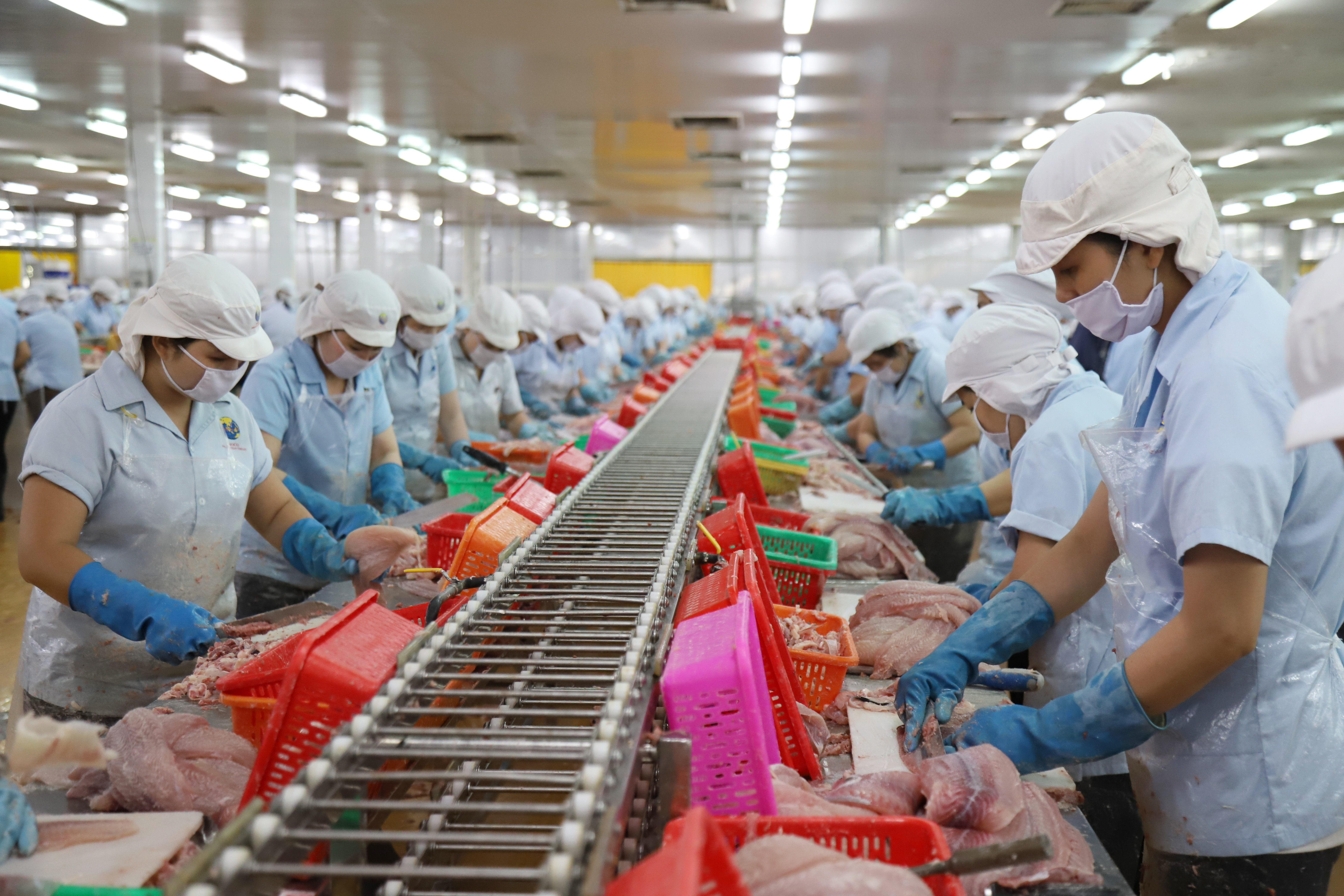 With a total export-import turnover of some US$670 billion in 2021, Vietnam has enjoyed a trade surplus for the sixth consecutive year and become one of the economies with the biggest international trade revenue worldwide despite COVID-19 impacts, a meeting was told.

The Ministry of Industry and Trade released the encouraging figures at a conference held on Sunday to review last year’s performance and set the targets for 2022, in the presence of Deputy Prime Minister Le Van Thanh.

As such, the country's total trade amounted to $668.5 billion, a 23 percent increase from 2020, an achievement that came in the context that global trade has suffered heavy impacts of the pandemic, Minister Nguyen Hong Dien said.

Commodities with great contributions to the export growth in 2021 include phones and accessories (with a 12.4 percent year-on-year rise), computers and other electronics (up 14.4 percent), machinery and tools and spare parts (up 41 percent), wood and wooden products (up 19.7 percent), iron and steel (up 123.4 percent), textiles and garments (up 9.8 percent), and leather and footwear (up 4.9 percent).

The ministry said it has put together 'special working groups' to promptly assist enterprises in maintaining their business, removing difficulties facing them, and preventing risks of disruption to production and supply chains.

Speaking at the conference, Deputy PM Thanh attributed the bright foreign trade picture to exporters’ efforts to make the best use of free trade agreements to expand their markets.

Vietnam’s exports have gained a firm foothold and improved their competitiveness in many choosy markets such as the U.S., the EU, Japan, and Australia, among others, the deputy PM said.

Thanh, however, also pointed out some challenges the sector needs to overcome to attain sustainable growth.

One of the problems is that a huge number of agricultural and aquatic items have been exported to China across land borders, accounting for up to 70 percent of the total export volume of these commodities.

Such cross-border trade poses many risks to exporters, including prolonged congestion at border gates due to different reasons, the official said.

Another drawback is that the country’s export markets and import-export turnover have remained highly dependent on foreign direct investment enterprises.

Deputy PM Thanh directed the trade sector to beef up exports, diversify export commodities and markets, and effectively solve problems in customs clearance to prevent shipment congestion at border gates, especially those between Vietnam and China.

He also called for more efforts to increase official quotas for exports to China and reduce dependence on cross-border trade with the northern neighbor country.

Deputy Minister of Industry and Trade Tran Quoc Khanh admitted that the pace of market diversification for some products, such as vegetables and fruits, has been slow, and some exports have yet to meet the standards and quality requirements of the importers.

He added that a number of exporters have yet to make good use of tariff preferences offered by free trade pact signatories.

Along with trade performance, the ministry reported a 4.81 percent growth rate of industrial production in 2021 compared to last year, which it said has remarkably contributed to export expansion.