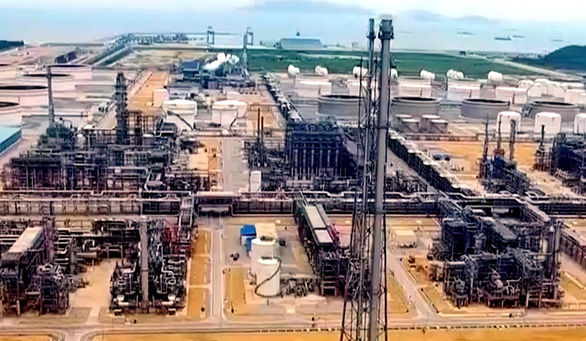 Many Vietnamese oil and gas retailers are facing a supply shortage due to the production cut by a main petroleum supplier of the country, while low discount rates and increased costs have caused them to suffer losses.

This situation has been taking place as the Tet, or Lunar New Year, holiday is coming, with some traders saying that they will likely stop operation after Tet, which will fall on February 1.

For nearly a week, Tu Luc 1 Petroleum Joint Stock Company, a petroleum trader and distributor, has been looking for more supply to meet its business plans before, during and after Tet.

With its current petroleum reserves, the company may survive the Tet holiday only, without knowing what will happen if the supply from Nghi Son remains unimproved, the director stated.

Maintaining operations at such low discount rates means suffering further losses, as the direct cost for each liter of petrol has amounted to VND600 ($0.026), Tiu moaned.

“If this situation prolongs, many businesses will stop operation after Tet,” he predicted.

Such a meager discount, which sometimes even plummeted to zero, has resulted from the soaring global prices, the retailer explained.

“The more we operate, the more we lose. So, we will therefore begin our Tet break sooner than usual and will not resume until February 6,” he stated.

A leading petroleum enterprise in Ho Chi Minh City said it has faced great difficulties as up to 40 percent of its supply comes from Nghi Son.

"There is not much stockpile left in the Asian market as China has cut production. A shortage of petroleum supply will likely happen after Tet, and a lot of filling stations will have to shut down,” a representative of the enterprise said.

The fact that Nghi Son has cut down production and is at risk of ceasing operation has strongly affected the supply to the fuel market, as it accounts for 35 percent of the country’s total output, said Bui Ngoc Bao, chairman of the Vietnam Petroleum Association.

Vietnam National Petroleum Group (Petrolimex), which holds a 25.1 percent stake in Nghi Son, said the complex had recently canceled the import of two shipments of crude oil, the key material for production, due to serious financial difficulties.

It is likely that it will have to stop operating in mid-February if the financial problems are not resolved by relevant parties, according to Lao Dong (Labor) newspaper.

Petrolimex blamed the financial difficulties partly for inadequacies in Nghi Son’s administration works performed by its foreign partners and said it is negotiating with foreign investors on the overall restructuring of the complex to improve its operating efficiency.

Established in April 2008, Nghi Son is a joint venture with four capital contributors, including Petrolimex, Kuwait Petroleum International, and Idemitsu Kosan Co., Ltd. and Mitsui Chemical Inc. – both of Japan.