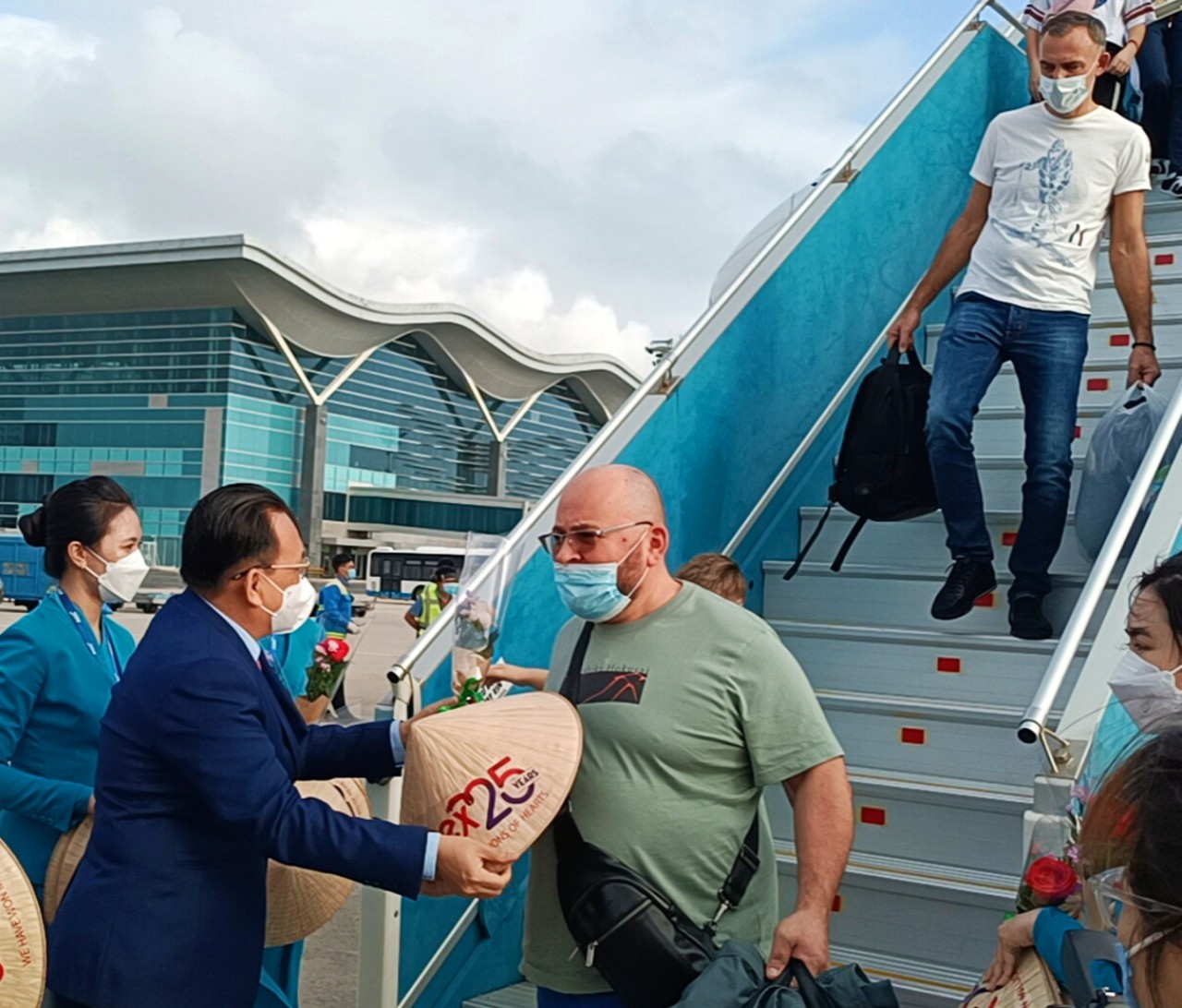 Vietnam may welcome fewer Russian tourists in the coming time due to the devaluation of the Russian ruble and economic sanctions against Russia, which were triggered by the ongoing Russia-Ukraine military confrontation, according to Vietnamese travel agencies.

Russian people still go to work and have a demand for vacations as usual, Tan continued.

Anex Vietnam is making preparations for the arrival of about 320 Russian visitors in south-central Khanh Hoa Province on March 3 and 6, he added.

Although the Russia-Ukraine military confrontation has devalued the Russian ruble, Asian countries, including Vietnam, will remain a good choice for Russian tourists, especially when European and American countries apply more embargoes on Russia, Tan elaborated.

“Low-cost services, good relations with Russia, and relaxed policies are among the reasons for Russian tourists to visit Vietnam,” he said.

Foreign visitors to Vietnam are required to purchase a tour lasting for only three days before they are allowed to explore the country freely, if they test negative for COVID-19 at the end of the tour, Tan explained.

Hoang Thi Phong Thu, chairwoman of Pegas Misr Vietnam Travel Company, stated that her firm has not brought back Russian tourists and is waiting for guidance when Vietnam officially welcomes back international visitors, presumably from March 15 forward.

About 1,000 agents of the company in Russia are still advertising Vietnam as a promising and attractive destination, Thu continued.

“We hope that more Russian tourists will be able to return to Vietnam in late March or early April, when Vietnam is officially open to international visitors and when the Russia-Ukraine situation improves.”

However, challenges are still ahead, according to Tan, the Anex Vietnam general director.

Russia's attack on Ukraine has resulted in the devaluation of the Russian ruble, which leads to the loss of potential customers in the mid-range and low-end segments.

Many will also postpone their travel plans due concerns over economic difficulties.

When the U.S. and European nations remove Russia from SWIFT, a system created to provide a standardized and secure way of sending international payments, it will certainly be hard for Russian tourists to pay for their vacations.

They will have to make their payments in cash, which is much more inconvenient, Tan explained.

About 30 percent of Anex Vietnam’s Russian customers have canceled their tours, he continued, adding that the number of flights arranged by the firm has also decreased from eight to five per month.

According to Tran Minh Duc, chairman of the Khanh Hoa Travel Association, most Russian tourists travel to Vietnam on charter flights.

The travel plans of Russian people who live far from the crisis zone may not be affected during this period, Duc continued.

“However, tourism businesses in Vietnam should also pay attention to such other markets as Japan, South Korea, and the U.S.,” he added.