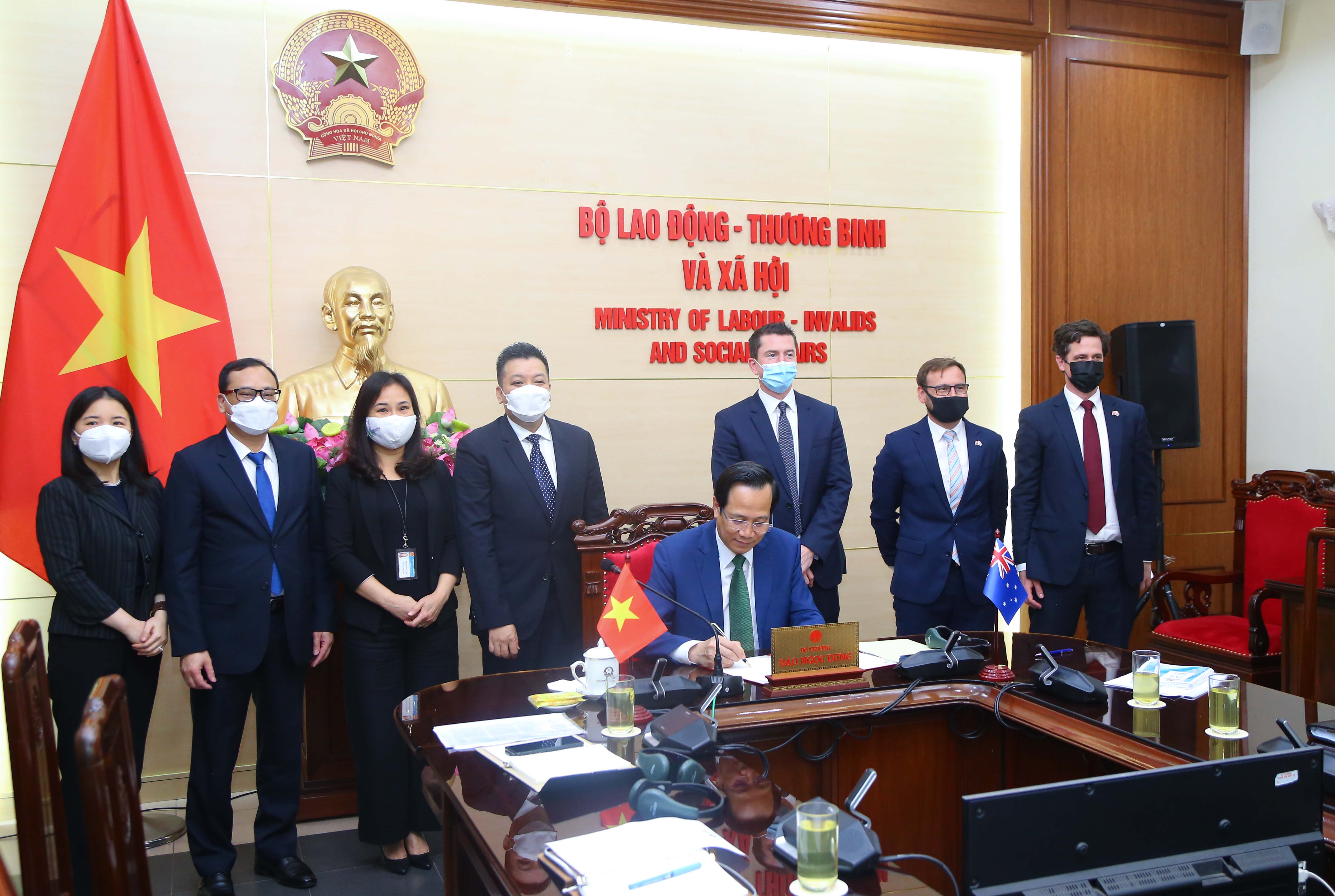 Vietnam and Australia signed on Monday a memorandum of understanding (MoU) to provide support for Vietnamese citizens to participate in the Australian Agriculture Visa Program.

The MoU was signed by the Vietnamese Ministry of Labor, War Invalids, and Social Affairs and the Australian Department of Foreign Affairs and Trade on behalf of the two governments during a virtual ceremony on Monday.

This is the first bilateral MoU that Australia has signed under the Australian Agriculture Visa Program, according to the labor ministry.

In September 2021, the Australian government announced the visa program for workers in the agricultural sector and selected Vietnam, Thailand, Indonesia, and the Philippines as the four countries with early participation.

The program aims to deal with the labor shortage in the agricultural sector in Australia, as well as to create opportunities for Vietnamese workers to gain more knowledge, experience, skills, and income.

Australia is expected to receive about 1,000 agricultural workers per year.

The signing of the MoU between the two governments marks an important milestone in the cooperation relationship between the two sides, Minister of Labor, War Invalids, and Social Affairs Dao Ngoc Dung said at the ceremony.

The official believed that the MoU will create a legal framework and favorable conditions for Vietnamese citizens to enter Australia to work in the agricultural sector.

It is a key initiative of the Australia-Vietnam Enhanced Economic Engagement Strategy launched by the two countries’ prime ministers on November 1, 2021.