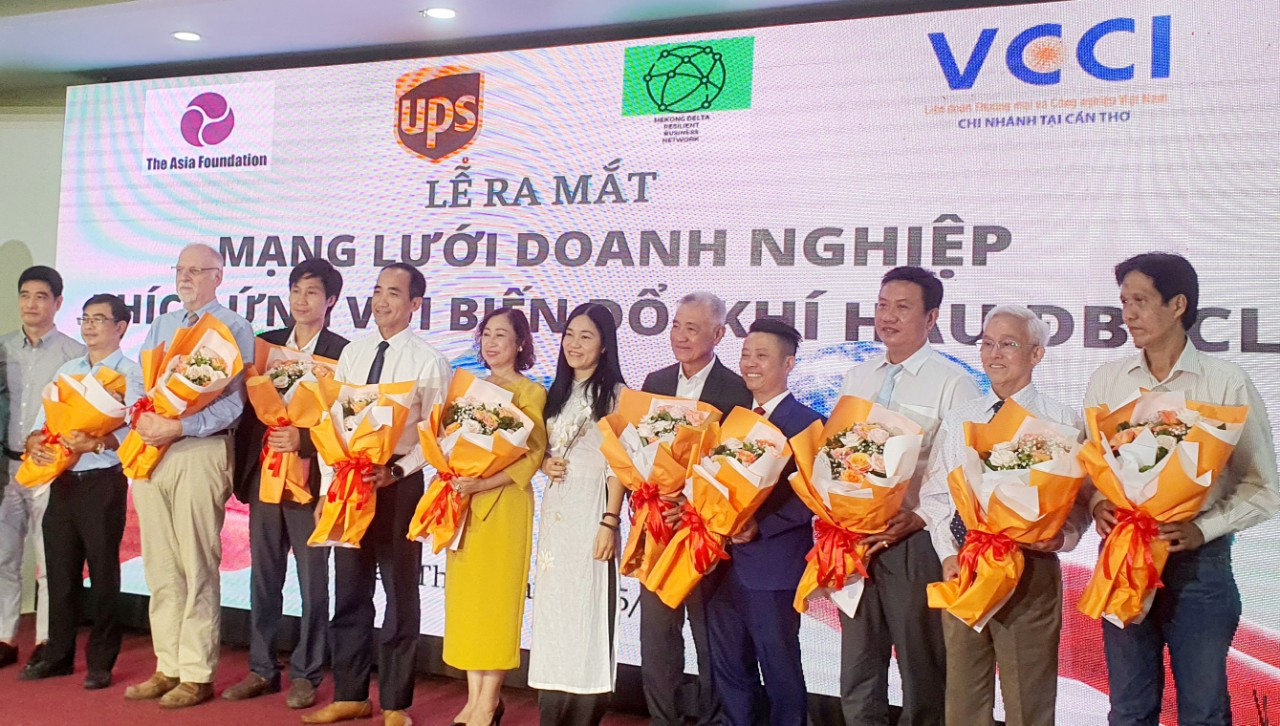 The Mekong Delta Resilient Business Network (MRBN), the first aggregation of businesses adapting to climate change in Vietnam, made its debut in Can Tho City, part of the Mekong Delta in the southern region, on Thursday.

The debut ceremony was jointly held by the Vietnam Chamber of Commerce and Industry (VCCI)’s Can Tho branch and the Asia Foundation (TAF).

The network, sponsored by the UPS Group, is a non-profit organization that operates for the sake of the community and in compliance with the laws of Vietnam, said director of VCCI’s Can Tho branch Nguyen Phuong Lam.

It aims to gather enterprises in carrying out activities on research and assessment of climate change impacts, and to represent businesses in building policies related to climate change adaptation, Lam stated.

The network currently has 39 corporate members that have high social responsibility and are willing to contribute to community development in response to climate change in the delta, the largest granary of Vietnam.

“We expect the MRBN will not only launch initiatives for climate change response but also advise the government on relevant policymaking, as the representative for enterprises that have high community responsibilities and make significant contributions to the country’s overall development,” Lam said.

Initial studies on drought and saline intrusion showed that many businesses in the Mekong Delta have suffered heavy climate change impacts, especially those in the agricultural sector, according to the VCCI’s Can Tho branch.

However, these companies have proactively adapted to climate change by adopting breakthrough and comprehensive solutions to survive and mitigate adverse climatic conditions, the branch said.

Climate change impacts rainfall distribution during wet seasons, thereby increasing the occurrence of large storms and floods in the upstream provinces of the Mekong Delta, the Dragon-Mekong Institute under Can Tho University cited Nguyen Hieu Trung, vice-president of the school, as saying.

It can also prolong dry seasons, leading to a reduction in water volume flowing from the mainstream of the Mekong River to the delta, thus triggering freshwater shortage.

In addition, changes in temperature due to climate change may give rise to illnesses and environmental pollution, affecting human health and aquaculture, the vice-president warned.

Vietnam is among the five countries in the world likely hardest hit by climate change, with a one-meter rise in sea level possibly to affect 10 percent of its population and cause damage equal to 10 percent of gross domestic product (GDP) in its delta regions, the Vietnam News Agency cited the World Bank’s assessment.