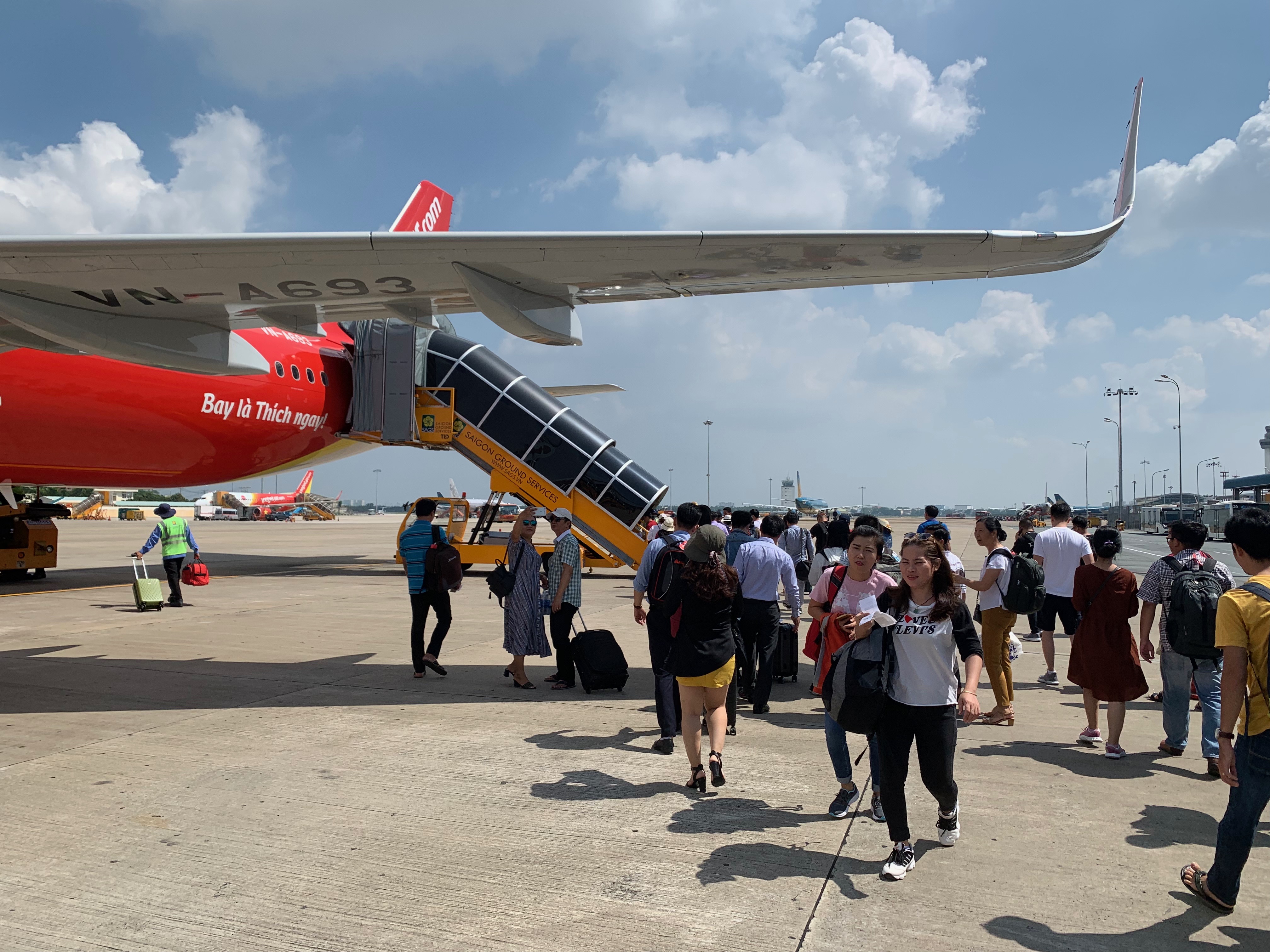 As more Vietnamese are seeking air travel services this summer, air ticket prices have increased as airlines are grappling with surging fuel costs and staffing challenges.

Prices for flight tickets on many domestic routes operated by Vietnam’s five major carriers went up 20-40 percent for the last week of June compared to two months ago, according to an analysis by Tuoi Tre (Youth) newspaper.

Airfares for international flights to and from Vietnam also soared 20-35 percent compared to pre-pandemic rates, according to a representative of Transportation Services Company (Worldtrans), a Vietnamese air charter provider.

Fuel costs account for 30-40 percent of an airline’s total expenses, according to the International Air Transport Association (IATA).

A severe staff shortage resulted from the massive lay-off during the COVID-19 pandemic also added to the challenges for airlines, according to many experts in the industry.

Although airlines struggle to increase flight frequencies, there might be fewer seats than demand as the sector is really seeing revenge travel, indicating people having had two years of pent-up demand and wanting to go out and travel.

Currently, the air carriers have scrambled to fill their staff vacancies.

Vietnam Airlines, Vietjet, and Bamboo Airways are aggressively recruiting flight attendants and pilots while ground service companies are also on a hiring spree.

Serving more than 50 international airlines, Saigon Ground Services JSC (SAGS) has conducted six recruitment drives in the last three months, according to a representative of the company.

However, despite more attractive offers, such as higher salaries than the pre-pandemic levels, the manpower bottlenecks are apparently here to stay as airlines and airports are not the only employers seeking to take on new staff.