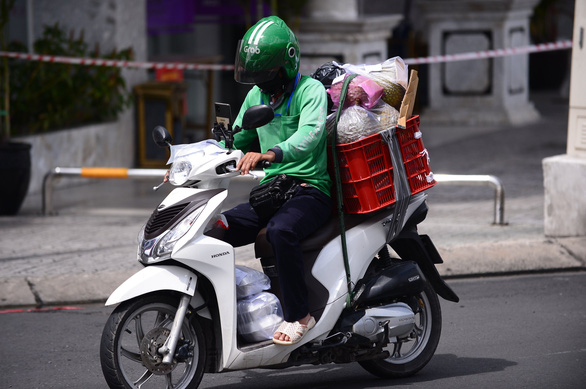 The Vietnam Competition and Consumer Authority under the Ministry of Industry and Trade has ordered ride-hailing company Grab Vietnam to provide an explanation on its heatwave surcharges which are sparking a public outcry.

Grab, a dominant player in the Vietnamese ride-hailing market, previously announced it would start tacking heatwave surcharges onto rides on July 7.

It is charging customers in Hanoi, Ho Chi Minh City, and many other localities such as Nghe An, Thanh Hoa, Hai Phong, Da Nang, Hue, Binh Duong, Can Tho, Ba Ria-Vung Tau, and Khanh Hoa an extra VND5,000 (US$0.21) per ride and VND3,000 ($0.13) on each delivery order, according to the Vietnam Competition and Consumer Authority.

Aside from the heatwave surcharge, other fees for heavy rain, traffic congestion, and long wait times have already been levied on Grab rides.

With an aim to manage the competition in the local market and protect customers, the authority asked the ride-hailing company to provide detailed documents and information about its decision before July 18.

In particular, Grab Vietnam was required to provide its list of charges and surcharges directly added to bills, and explain the collection of these fees and collection period in detail.

In addition, the firm was also asked to clarify its profit sharing with drivers.

The new surcharges have stoked a public outcry among customers.

Thai, who lives in Go Vap District in Ho Chi Minh City, lamented that the weather in the metropolis and the southern region was abnormal, changing rapidly.

It is tough to determine when the weather is hot or rainy enough to levy one of the various surcharges.

For example, even though customers book a ride at a location where the weather is cool, the heatwave surcharge will be automatically added to the bill when the destination suffers from sweltering temperatures.

“The fee is unacceptable,” Thai stressed.

A representative of Grab Vietnam explained that the surcharges were aimed at benefiting drivers and encouraging them to open the app and continue their job in the scorching weather.

Many customers are finding it hard to book rides due to a shortage of driver partners.

The heatwave surcharge is added directly to the bill displayed on smartphone screens before customers make payments, according to the representative.

“Apart from the new fees, we are launching multiple support programs to help increase Grab drivers’ income, including a two percent cashback and a reward for GrabFood and GrabMart rides,” the representative added.

However, many drivers complained that they have almost no benefits from the fees although Grab claimed to impose the surcharges to support them.

Drivers do not receive all of the fees.

In Grab’s announcement, the surcharges will be added to fares, increasing each ride by $0.21, but the redistribution for Grab and drivers is calculated based on a 7:3 ratio.