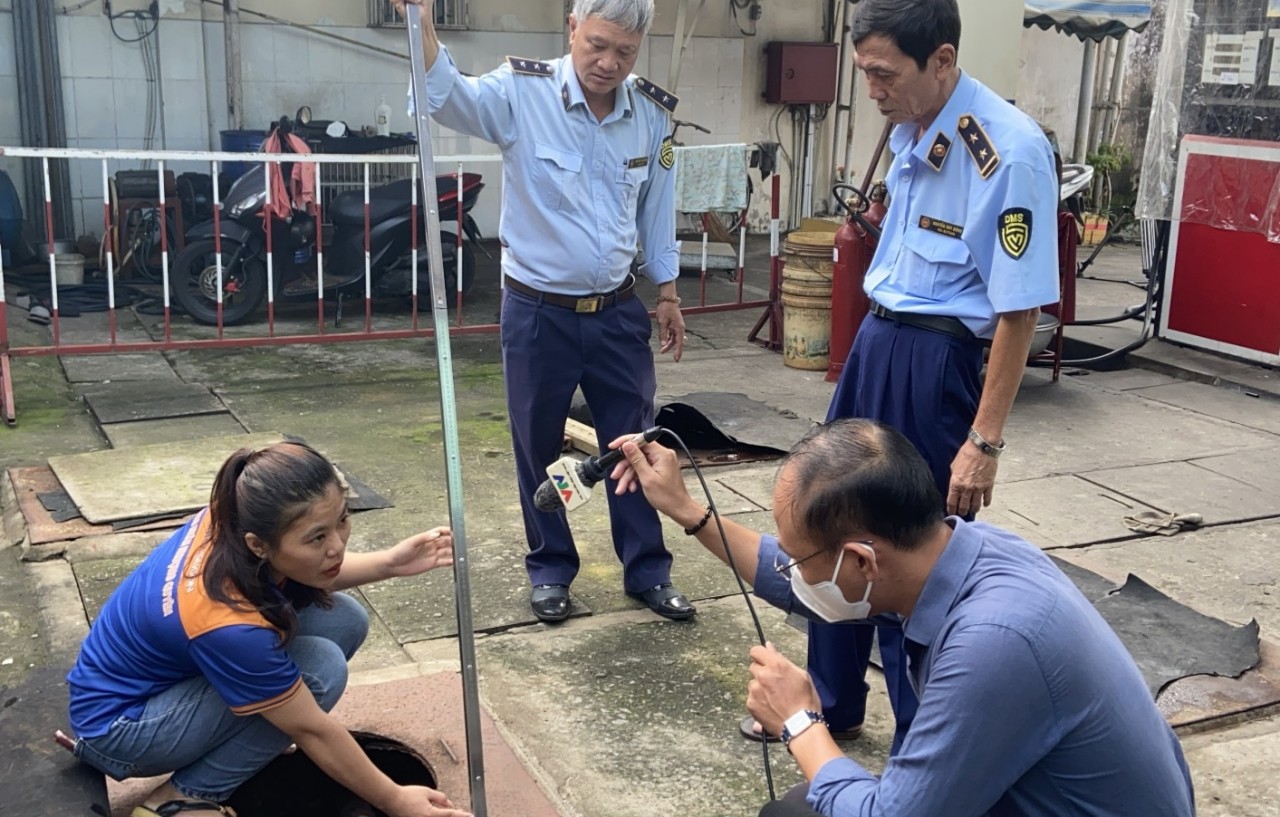 Ho Chi Minh City’s market surveillance officers determined that many filling stations were honest about ceasing their operations over an inventory shortage after checking their gasoline tanks and measuring the fuel levels on Sunday.

Nguyen Thi Thuy Kieu, manager of the Duong Anh Thu store, said the station had been out of gas for two days, but still had fuel oil.

The checking result showed that its E5 gasoline tank contained only 20 liters, A95 tank stored about 65 liters, and fuel oil tank had 1,380 liters.

The supplier of Duong Anh Thu Co. Ltd., which owns the store, said that its inventory was enough for delivery to only one of the firm’s three retail stations, according to Kieu.

“Many people suspect that we’re lying about our inventory to wait for the price to increase, but now the price has increased, we still have no gasoline to sell,” said a representative of another filling station.

Some other companies complained that the ban on tank trucks in the inner part of the city during daytime also troubled delivery.

The market surveillance watchdog in Ho Chi Minh City beefed up inspections as per an order from the Ministry of Industry and Trade in order to avert a fuel supply crunch.