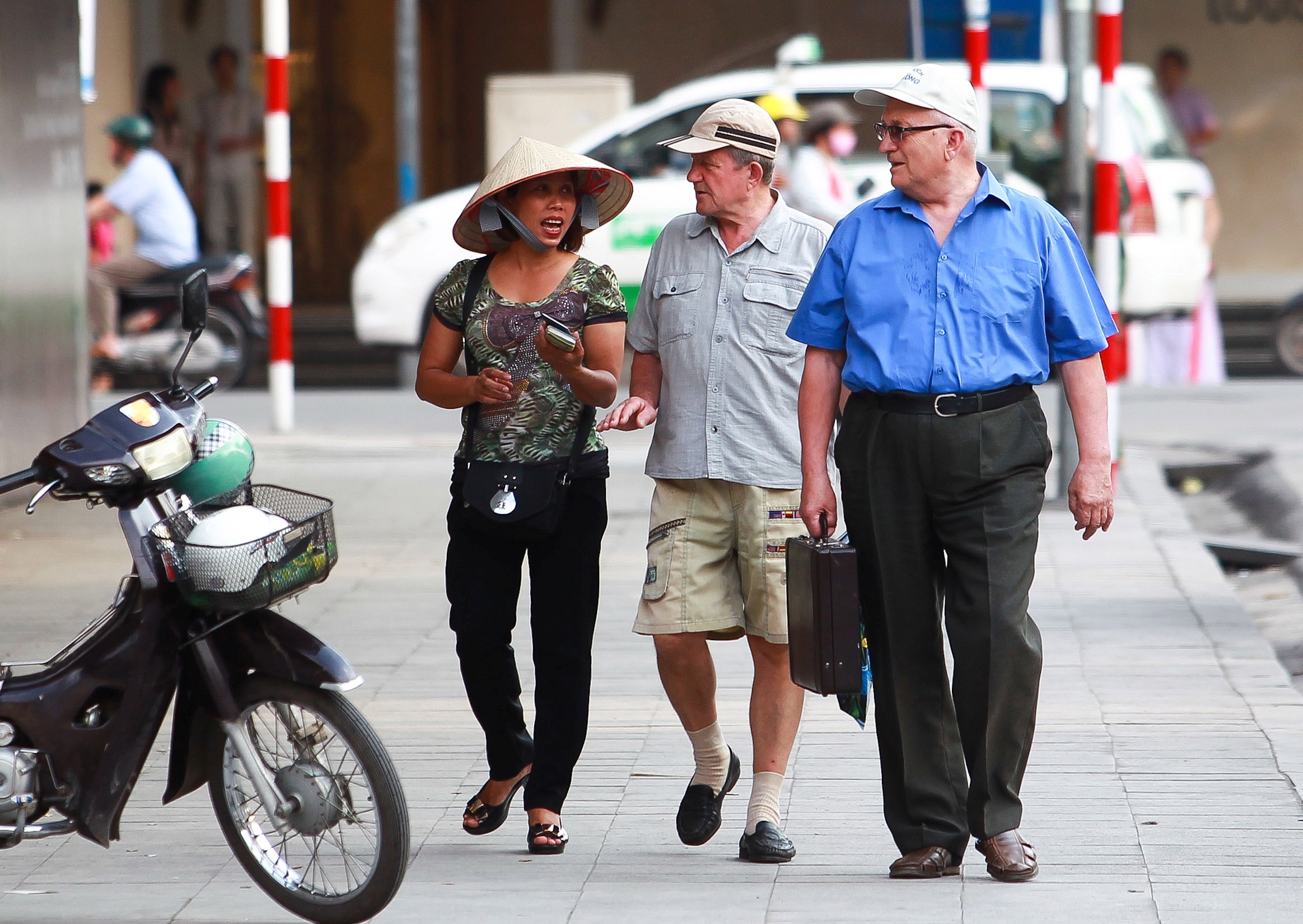 HANOI – This isn’t exactly a news flash, but Vietnam might have the best fast food in the world. A bowl of pho ga (Vietnamese chicken noodle soup) or pho bo (Vietnamese beef noodle soup) might cost 30,000 dong – less than US$1.50 – and it provides a flavorful, healthy, quick, light meal. For variety, the next stall may offer bun cha (a Hanoian dish served with grilled pork, rice noodle, herbs and fish sauce), and the next bun bo nam bo (southern-style beef noodle soup). And so on. These are some of the simple reasons more foreigners are coming to Vietnam and staying for a while.

But then there are the encounters that make people want to leave.

It seems like everybody encounters an ethically challenged cab driver once in a while – or at least thinks they have. And as Vietnam works to attract the sort of well-heeled tourists who prefer luxury, it’s interesting to see that the authorities are stepping into the fray, trying to do a little damage control. Let the record show that foreigners, by and large, are treated more or less fairly in Vietnam. (By and large, more or less.) But consider some recent news:

-- One day in late April, Tuoi Tre reported, two Australian tourists in Hanoi took a Trung Viet taxi from the Military History Museum to the Museum of Ethnology. The cabbie charged VND980,000 – or roughly $43, ten times the proper fare. The driver, authorities say, has been detained for investigation.

-- Another Australian tourist in Hanoi received an apology and refund from Nguyen Van Tuan, chief of the Vietnamese National Administration of Tourism, after an unlicensed cyclo driver charged her VND1.3 million – about $61 – for an unauthorized tour after she had agreed to a VND70,000 ride.

-- Down in Ho Chi Minh City, a 35-year-old cabbie was accused not only of charging a Japanese passenger ten times the proper fee for a short ride – but also punching him in the face after the man refused to pay.

-- And near Nha Trang, it wasn’t foreigners who got ripped off – but a party of six Vietnamese who complained about a beach restaurant that provided a bill that included a 500,000 dong seating fee. Authorities said the restaurant violated local regulations that limit such fees to 5,000 dong per person.

In a way, the Nha Trang episode is encouraging, since my Viet Kieu wife suggests that I sometimes encounter a “white guy tax.” The fact that locals also get cheated sometimes is a sign of equality.

My bride, before she became my bride, also taught me that valuable phrase “Dat qua!” (“Too expensive!”) before my first trip to Vietnam. She wanted me to get ready to haggle. I learned to say “Dat qua!” with gusto, a sour expression and emphatic hand gestures. This never fails to amuse the shopkeeper, who would reward me by lowering her price just a little – and I’d consider it a victory and proceed to overpay her.

But saying “Dat qua!” to a cabbie with a dubious meter is another experience entirely.  This isn’t haggling, this is an argument. The cabbie is never amused. I’m pretty sure a couple of cab drivers have felt like punching me.

On two occasions I paid 100,000 dong for fares that were running closer to 140,000.  Once I was sure the meter was cheating me; the other time, in retrospect, I think the cabbie was new in town and got lost. When one yelled at me, I yelled in a way to impress that I was louder, bigger and meaner.

These would be minor cheats at best. But in Beijing, two tuk-tuk drivers tried to charge our party of six more than $40 after negotiating a price of about $6. The argument was loud, but we wound up leaving about $10 worth of yuan on the sidewalk and walking away.

I don’t doubt “the white guy tax” exists, but it might be more fairly described as “the white guy who can’t speak Vietnamese tax.” “I live here. What’s the real price?” an American friend sometimes says in Vietnamese. The other day, I wondered if I was being overcharged after a lunch of cha ca (Hanoian grilled fish) with another white guy. The bill was about double our expectations. But, no, we hadn’t looked at the price on the menu before ordering – and, no, we didn’t ask for it after we got the bill.

So this was just a couple of expats being dumb. A couple of days later, we bumped into each other at a favorite pho place, getting good fast food.