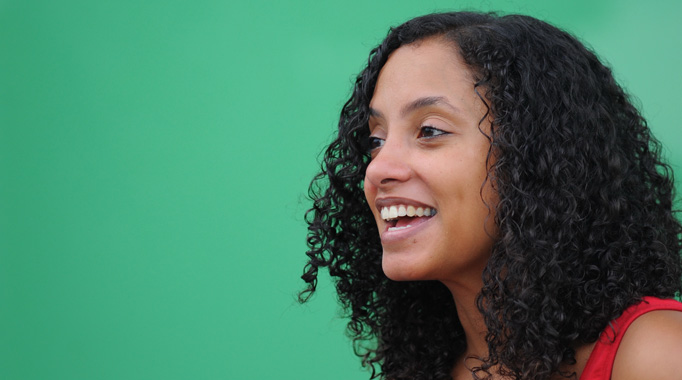 The kindness of strangers

My name is Lauren Andrews. Coming to Vietnam was what one might call serendipity. Living with your parents past the age of 22 is common in some countries, most even; in fact it has become quite popular with 30-somethings in the US. However, that was the last place I wanted to be.

I’d always dreamed of living an adventure-filled life in some exotic place, country and island, hopping at the drop of a hat. Anyone’s hat, really, because I never thought I would be able to do it on my own in terms of money, family and friends, and career. Looking back, and speaking to friends who have since returned, the US sort of grooms you to stay – and it tells you that you won’t be able to survive anywhere else.

First telling my family and friends I was leaving was a bit of a joke, which eventually turned into a lasting migraine until I boarded the plane. “Are you in the military?”, they’d ask, bewildered as to why I’d move so far away from home, especially to a “war-torn” country. “Hello, have you met me?”, I would reply in regards to the 5’2” stature of a girl keen on scowling at others, but less keen on being yelled at. “Of course, I’m not in the military. And, the last time I checked that war ended almost 40 years ago – SOMEONE wasn’t listening in history class!” (Or to the news, depending on my target age demographic.)

From day one, Vietnam has been an eye-opening, often thrilling experience. From learning to cross the street to haggling down the price for some item that I have no use for. It’s not always easy to get by, and asking for what I want can occasionally get me down and send me home in a fit of whining fury, particularly as I do not speak the language. Nevertheless, even on the days when I find every other phrase in my head riddled with foul language, I find the kindness of strangers, most particularly locals, to be the most astounding, refreshing, promising thing.

The first time I got a view of this, I hadn’t lived here for more than two weeks and was still walking around the city (rather than using xe oms (motorbike taxis) or driving myself). It was around 5:00 pm and suddenly it began raining buckets. I stood under an awning and stared at the sky, wondering when or if it might stop, when out of nowhere a man pulled over, took off his rain poncho, and gave it to me. I tried to tell him no, that he needed it more than I did, and that I’d be fine in that store front (all hand signals, of course), but he insisted, thrust it in my hands, and drove off. Who did that? That selfless stranger, of course. Though the first, that would not be the last time that the kindness and thoughtfulness of perfect strangers would remind me how lucky I am to live in a place in which we may not be able to communicate with words, but small gestures and grateful attitudes might possibly be able to get you to the moon and back.

Vietnamese kindness isn't limited to a wide-eyed westerner in her first tropical downpour. It's found at three in the morning, wearing three-inch heels and pushing your bike because you foolishly forgot to check the gas gauge before dinner, when a guy who's just getting home himself agrees to push your bike with his foot to the closest gas station (which, in itself, is no easy or near-by task). In the eyes and high-five of the father at the street food stall you've gone to every day for nearly two years that can simply tell today is not a good day for you. In the big smile of a janitorial lady who opens a door for you because your hands are full of various things (which she probably cannot afford). And most especially in the few but very meaningful friendships you make in your office - particularly with one kind soul who probably makes hundreds of dollars less than you a month, but is willing to lend you two million dong with no return date because she knows how much you need it. I'm sure these types of situations arise in countries around the world, but this is the only place I've found them and felt I've been accepted as one of their own.

I never expected anything upon moving here. I’m foreign in a land where people make due for themselves, no matter how difficult the struggle, which is something that you see much less of in the US (and probably other countries which I don’t know enough about). I have certainly learned that things don’t always go the way you hope, but refraining from expectations in the first place can lead those small disappointments towards astonishing discoveries about yourself. I feel that I really became who I always wanted to be in Ho Chi Minh City; I acknowledge that this is where I became an adult, and this is where a near-tangible piece of my heart will remain, even long after I’ve moved away.