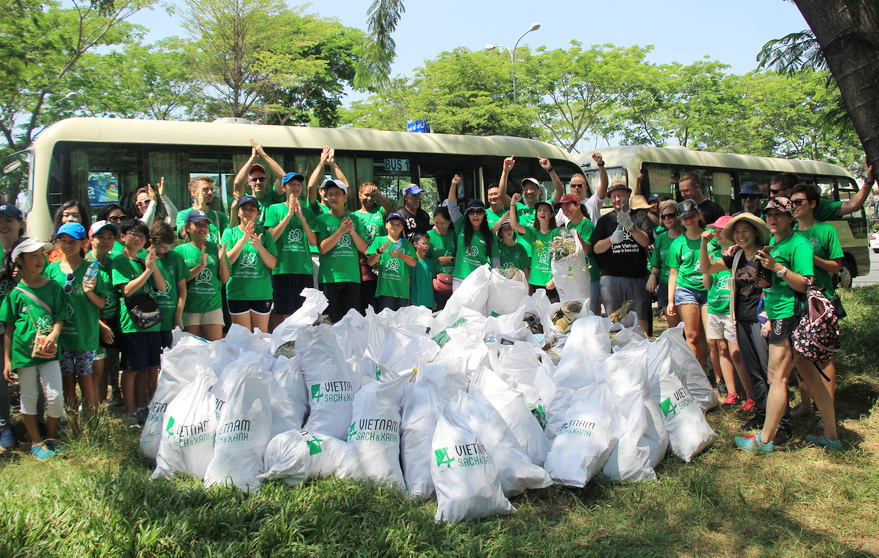 Expats in Vietnam talk ways to complain properly on Facebook

A number of expats living in Vietnam have answered Tuoi Tre News’ call for thoughts on how to use Facebook to complain properly after a student in Vietnam claimed she’d been reprimanded and had her 'moral score' reduced for publicly denouncing a local hospital on Facebook.

P.T.T. received the punishment from Kien Tuong High School in southern Long An Province for ‘behavior that hurts the honor and reputation” of doctors and nurses she claims provided poor service at a local hospital where she had been treated after an accident.

In addition to an academic score at the end of each semester, schools in Vietnam also use a 'conduct/moral score' to evaluate student behavior.

The school has explained that T.’s past record of disobeying school regulations, not simply her Facebook status, was also taken into account during the decision process to lower the student’s moral score to ‘average.”

I am not a friend of Facebook at all because it is mostly a gossip machine. I don’t use it, but still I believe that using it should be private. If a student has an opinion – even if it is wrong – he or she has a right to say or publish it on Facebook.  The school also has the right of the school to talk to the student and ask her about the reasons for her bad opinion about the hospital. There is no reason to degrade her to a 'lower moral standard'. An opinion has nothing to do with moral standards.

Herby Neubacher and his wife

Facebook is an open market. You can laud, you can gossip, and you can complain. But, if you allow these so called ‘social media’ chatterboxes to exist, you have to bear the consequences. I don’t recommend anybody using social media at all. It is simply a waste of time.

If you use Facebook you should be aware of its rules and regulations.  You should also use common sense when opening a discussion by using respect and appropriate language, even if you are only addressing your friends.  Refrain from bullying, hate, and discrimination. These are all basic fundamentals of developing interesting and respectful discussion. Sending greetings and nice anecdotes from ones daily life is respectful, shows basic manners, and is good behavior.  I show respect to everyone because they are fellow human beings. Why do people stop doing that on Facebook? Why become another person hiding behind a social media platform? If this medium is really 'social' it should behave like positively.  It should be Facebook, not ‘Feces-Book’.

There are laws being discussed in Germany that would fine Facebook for publishing hate-messages and not removing it. I think this is a good idea and should be also done in Vietnam.  Facebook would be fined very heavily under this law.  If it is passed through parliament they would have to pay up to 100 million Euros in fines if they do not remove slander from their platform.

I think this is the right way to manage these situations. If media outlets accept slander without editing what is flowing around their pages, they are fined. Facebook is nothing but a gossip media tool that is fully commercial and must be held responsible for what is published on its platform. They have an ethical and public duty to edit slanderous content.

Education is part of the answer

I think the school was wrong to publicly punish the girl.  Also, marking someone’s behavior as “morally” acceptable in this situation is dangerously close to creating a dictatorship and censored environment.  The whole event should have involved private counseling, not public condemnation which might seriously affect the student’s future.  Besides, adults criticize, complain, and accuse everyday on Facebook, yet they aren’t subject to a ‘moral rating’.

If we people don’t complain or point out problems how will we ever improve our society?  Social media has now become an outlet for expressing frustration, anger and injustice – in the past it was the ‘reader’s comments’ section in newspapers.  Yes, I believe people have a right to complain on Facebook or using any other forum – though generally the administrators of such forums and groups do their best to control what is said.  I think the more important and worrying situation is when extremist views about others (religion, race, gender and so on) hijack and exploit Facebook to twist opinions on what should be considered ‘good’ or ‘bad.’

The problem is that many people post their complaints on social media in the hope that other people will agree or give support to the complainer.  This is nowhere near as effective as directly complaining to the business or service named.  A lot of brands and services simply ignore Facebook complaints, so people need to use a more straight forward and traditional approach, such as a legal complaint or formal representation, to make their voice heard to the service.

I believe that an effective complaint should include as much detail as possible while not attacking people by name.  It should try to garner support or advice about how to take steps towards fixing the problem by legal means and offer objective replies to counter-arguments. Above all, effective complaints should be wary of the consequences of “naming and shaming”.

Many countries already have defamation laws which have been extended and updated to include social media usage.  The possibility of landing in legal hot water is very strong and can also affect a person’s present and future career.  In the case of young adults and teenagers – court appearances are generally avoided in the hope that private negotiations can solve the problem.  However school children have been charged under the law when making unproven, discriminatory, and malicious claims about other people and services and most western schools do include lessons on appropriate use of the internet as part of their IT and computer curriculums.  Generally people don’t go to prison as it’s considered a “civil crime” – not a criminal one.

As always: education is part of the answer and good parental supervision of children’s use of the internet.  They should be taught about fairness, to think before posting, how to express opinions without deliberately hurting others and how to consider another person’s point of view.

Finally, everyone of any age should think about what they read and see on social media.  It’s a powerful tool for entertainment and expressing opinions.  Facebook by itself is not going to change the world – and it’s getting harder to tell fact from fiction - so we need to use our heads and find better ways to fix our problems.  Children should learn that instead of being punished.