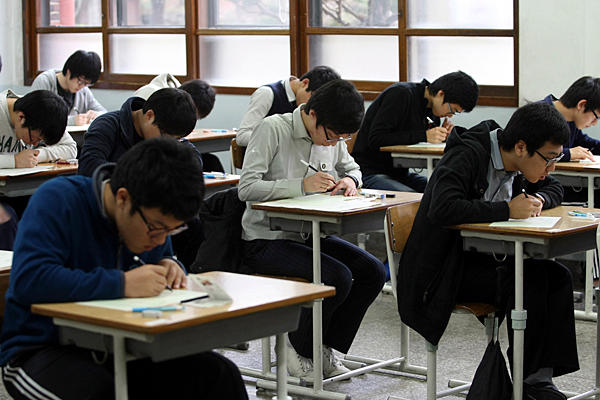 Vietnamese is the latest language added to the list of second foreign languages South Korean students may choose to sit during their university entrance exam, starting the 2013 – 2014 academic year.

The decision has recently been announced by the country’s Ministry of Education.

In South Korea, English is the first foreign language, while the second foreign languages include German, French, Russian, Chinese, Japanese, Spanish, Arabic, and the newcomer, Vietnamese.

A pre-exam for the university entrance will take place on June 5, where test takers choosing Vietnamese as their second foreign language will have to complete a multiple choice test consisting of 30 questions in 40 minutes.

The official exam begins in November.

Many universities in South Korea have established the Faculty of Vietnamese Language.

Meanwhile, the Chungnam Foreign Language High School, located in Choenan City, some 84km south of the capital city of Seoul, is the only facility of the high-school level that has a Vietnamese language faculty, which was founded three years ago.

There are also many South Korean students following Vietnamese studies at the universities in Vietnam, mostly at the University of Social Sciences and Humanities of Hanoi and Ho Chi Minh City.

It has been reported recently that Vietnamese-interface ATMs are available in Seoul and most other cities, facilitating Vietnamese users in cash withdrawal and other financial transactions.

There are currently some 110,564 Vietnamese living and working in South Korea, according to government figures.