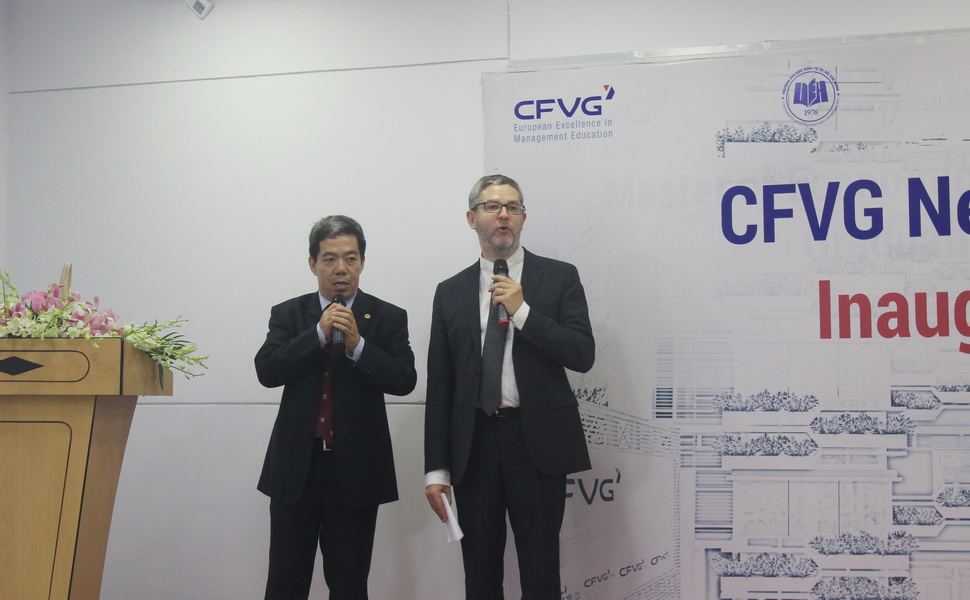 The new campus, located at 91 Ba Thang Hai Street in District 10 has the usable area of nearly 3,000 square meters, and will be officially put into operation from November 1 with the approval of the Ministry of Education and Training and the support of the University of Economics Ho Chi Minh city.

The new campus will be used for CFVG during the next 20 years, Prof. - Dr. Jean Louis Pare, CFVG president of board of directors, said in his opening remarks.

Speaking at the inauguration ceremony, French Ambassador to Vietnam Jean-Noël Poirier, expressed that he believed the new campus will meet the demand of CFVG in the future.

Established in 1992, CFVG is the result of collaboration between Vietnamese Government and the French Government, and is performed by the Chamber of Commerce and Industry Paris Ile de France (CCIP).

It is implemented at the Hanoi-based National Economics University and the University of Economics Ho Chi Minh City.

The center hopes to give young Vietnamese managers access to the leading educational institutions in France with postgraduate education in the areas of management, finance and marketing.

In April 2008, CFVG’s Master of Business Administration became the first and only master program in Vietnam qualified for the EPAS international standard.

It aims to evaluate the quality of any business and/or management program that has an international perspective and, where of an appropriately high quality, to accredit it.