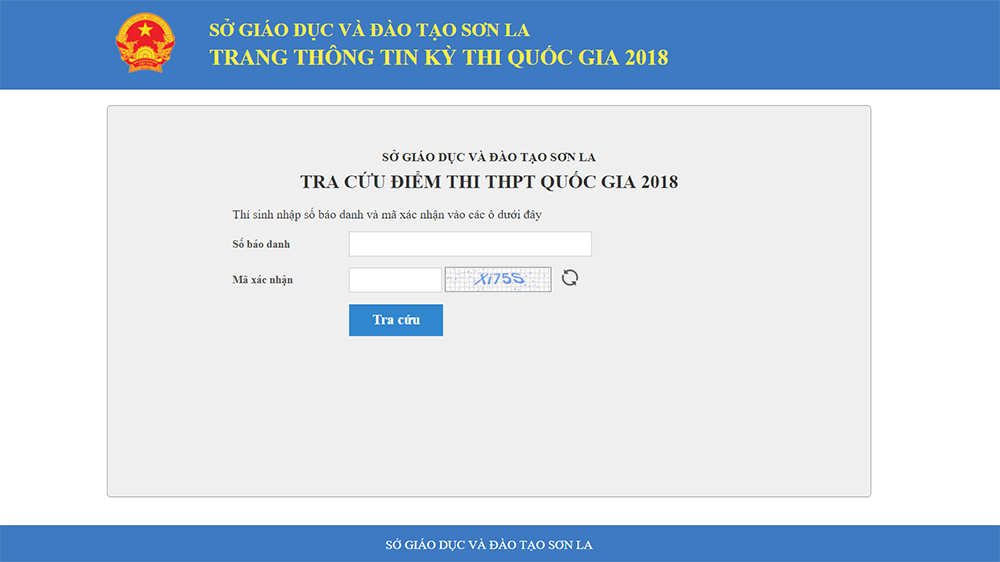 The unprecedented test-score manipulation scandal uncovered this week in Vietnam took a shocking turn when authorities announced that two additional provinces will be placed under investigation for possibly tampering with candidate scores on the country’s most important national exam for high school students.

On Wednesday, Vietnamese Minister of Education and Training Phung Xuan Nha said that two teams of ministerial inspectors had been formed to investigate suspicions that exam scores in the northern provinces of Son La and Lang Son had been tinkered with.

The news came just one day after inspectors found that 330 test papers submitted by 114 candidates from neighboring Ha Giang Province had had their scores digitally altered for significantly better results.

In the case of Son La, the distribution of test scores in math and physics raised suspicion after authorities noticed that the number of candidates scoring between nine and ten out of ten in each subject was larger than those who scored between eight and nine.

Statistically, the opposite should be expected from such a large sample, according to experts.

In Lang Son, over 100 candidates already drafted to work as police personnel are suspected to have had their exam scores manipulated for higher results.

By law, Vietnamese men between 18 and 27 years of age must enlist in compulsory two-year military service, but they can be chosen or volunteer to serve in the police fore instead during the period.

Vietnam’s National High School Examination, held every year around June, is the most important test for pre-college students, the results of which are used to determine whether a student qualifies for high school graduation. It also acts as a placement test for entrance into higher education institutions.

This year, nearly one million candidates took part in the three-day exam from June 25 to 27, where they sat for tests in math, literature, foreign languages, physics, chemistry, biology, history, geography, and civics.

Each phase of organizing the exam was protected by intensive security measures, with police officers and state inspectors involved in every step of the planning process.

When news that 114 candidates had their scores tampered with in Ha Giang hit headlines, it sent a shock through the nation.

Some scores were raised by as much as 8.75 points out of ten on each test paper, launching some students who would otherwise have been disqualified from graduating to the top of the nation’s list of its best and brightest, officials said at a press briefing on Tuesday afternoon after having had all answer sheets in the province re-marked.

Vu Trong Luong, deputy director of the testing and quality assurance division under Ha Giang’s Department of Education and Training, was pinpointed being directly involved in the manipulation by taking advantage of his duty as the operator of a computer where exam data were stored.

Inspectors found hundreds of text messages on Luong’s cellphone containing the candidate IDs of those whose exam results he was asked to adjust, raising suspicions that there are others connected with the illicit activity.

According to sources, many of the candidates who benefited from the raised scores are family members and relatives of high-ranking officials in Ha Giang, including the daughter of Trieu Tai Vinh, the provincial Party chief.

His daughter had her three-subject score lowered by more than a point, from 26 to just over 24, after the re-evaluation.

“I don’t know and didn’t give any directions [for the scores to be altered],” Vinh told Tuoi Tre (Youth) newspaper on Wednesday.

“My daughter performed excellently in class during her high school years, so there was no reason for me to ask for a favor,” he said.