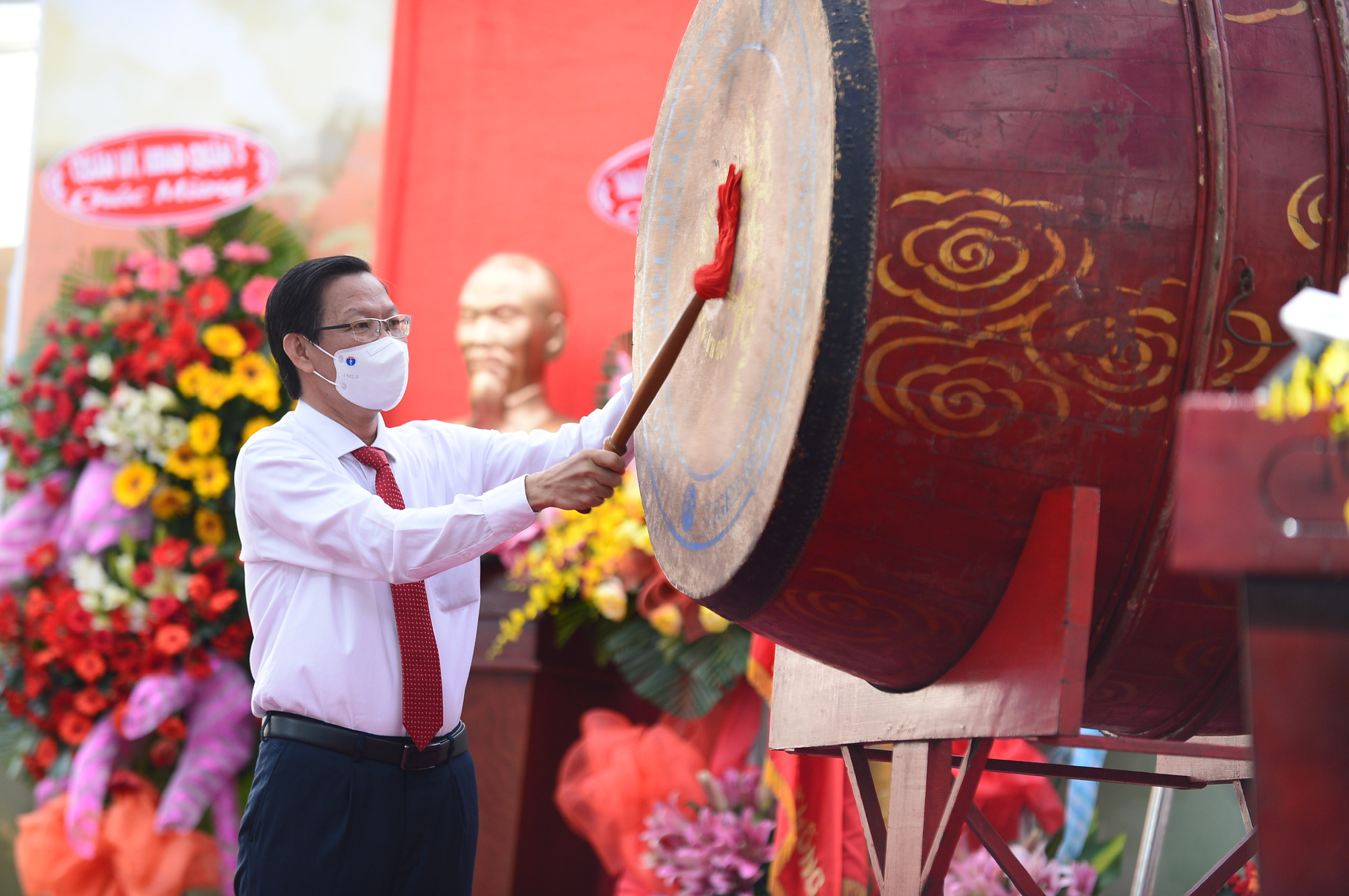 The opening ceremonies of the 2021-22 school year took place in 57 out of 63 provinces and cities across Vietnam on Sunday morning, most of which were organized virtually due to the COVID-19 pandemic.

The 2021-22 academic year is considered a special school year as it begins amidst the complicated developments of the pandemic, while the opening ceremonies were held in various forms depending on the situation in each locality.

In Ho Chi Minh City, the ceremony was organized at Le Hong Phong High School and was aired on HTV9 and HTV4 channels, as well as the YouTube channel of HTV.

The event was attended by chairman of the municipal People’s Committee Phan Van Mai, some other high-ranking officials, and several students and teachers.

Similarly, the school year opening ceremony in Hanoi was organized at Trung Vuong Middle School with a limited number of attendees.

The event was aired on VTV and several online platforms.

In such localities as Phu Yen, Can Tho, Nghe An, where the COVID-19 pandemic is still serious, the ceremonies were live-streamed on YouTube or Facebook depending on the plan of each school.

Meanwhile, authorities in the northern province of Bac Giang have allowed such an event to be organized in the traditional way as the province has been able to put the pandemic under control.

To prevent the spread of the virus, the number of students participating in the ceremony at each school must not exceed 100, while a safe distance must also be kept between each of them.

The same method was also applied in Hai Phong, Phu Tho, Dak Nong, and some other localities at low risk of COVID-19 transmission.

The ceremonies took place with a limited number of attendees and only lasted for 30-35 minutes.

The country has recorded 506,912 local infections in 62 out of 63 provinces and cities since the fourth wave started on April 27.