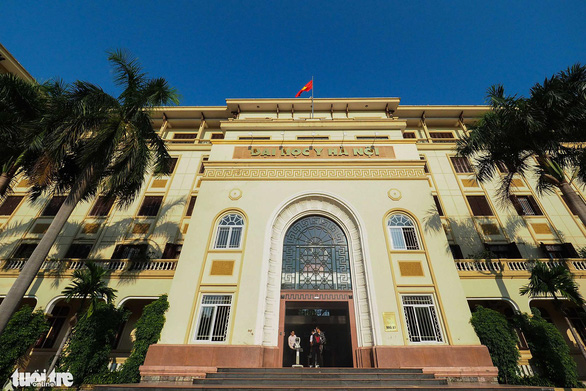 A medical school principal in Vietnam has publicly refuted allegations that he made sexual advances to a student, claiming they are part of a smear campaign.

The accuser, who claimed to have been mentored by Prof. Dr. Nguyen Huu Tu, rector of Hanoi Medical University (HMU), while working on her graduation thesis at the school, said she entered into an affair with the professor after he promised he would help get her accepted into a doctoral program without a master’s degree.

In a post circulating on social media, the student said she had been tricked into dating the professor, oblivious to the fact he was married.

The post also alleged that she tried to end the affair, but Tu continued to contact her, asking her to bear him a child and threatening her when she turned him down.

The woman also claimed to have reported Tu to both HMU and the police, but was ignored by both.

Speaking to Tuoi Tre (Youth) newspaper on Wednesday, Tu said such allegations are nonsensical, untrue, and part of a smear campaign against him.

Prof. Dr. Ta Thanh Van, chair of HMU Council, told Tuoi Tre that he was aware of the accusations.

The university has reported the case to the Ministry of Health and the Ministry of Education and Training and is currently awaiting instructions on how to proceed, Van added.

The school has also requested that investigators look into the accusations, which hurt not only Tu’s reputation but also that of HMU, he added.

Prof. Dr. Nguyen Huu Tu was made rector of HMU in November 2021. His tenure is expected to last until 2025.

Prior to his promotion, he served as a professor of anesthesiology at HMU since 1995 and spent over 20 years working as an anesthetist at Hanoi’s Viet Duc University Hospital.