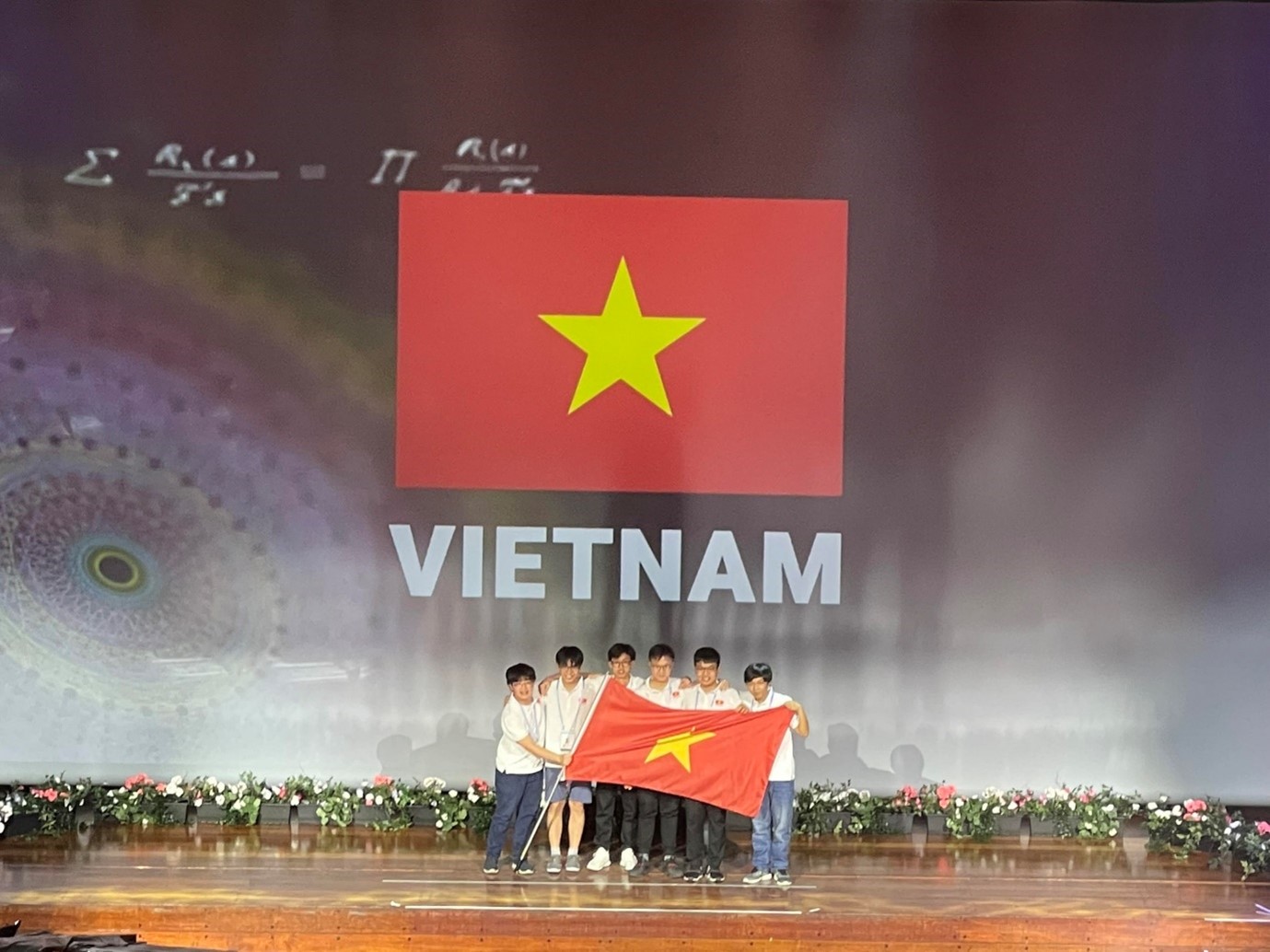 All six Vietnamese students attending the 2022 International Mathematical Olympiad (IMO) in Norway secured medals, with one winning the maximum score of 42, according to the Ministry of Education and Training.

Of whom, Dang got a perfect score of 42 points.

Thus, after two decades, a Vietnamese high school student has achieved the maximum score at the IMO.

Most recently, two local students obtained such achievement in 2003.

In 2020, Dang was the first 10th grader from Vietnam to participate in the IMO and scored 36 points, winning a gold medal.

With the results this year, the Vietnamese delegation ranked fourth among the 104 delegations taking part in the competition, following China, South Korea and the U.S., jumping 10 positions from the result last year.

To date, 10 Vietnamese high school students have got a maximum score at the IMO.

Trinh attended the competition in 1979.

According to the Ministry of Education and Training, the achievements of Vietnamese students at this year’s IMO continue to affirm the quality of Vietnam’s education, despite the impact of the COVID-19 pandemic over the past three school years.

Hosted by Norway from July 6 to 16, the in-person IMO this year drew 104 delegations with 589 contestants, after being held online for two years due to COVID-19.

In the competition this year, 10 students got a maximum score.

Besides Dang from Vietnam, six other students from China, one from Japan, one from Ukraine, and one from Afghanistan achieved the same result.

The first IMO was held in 1959 in Romania, with the participation of seven countries.

It has been now attracted students from over 100 countries.