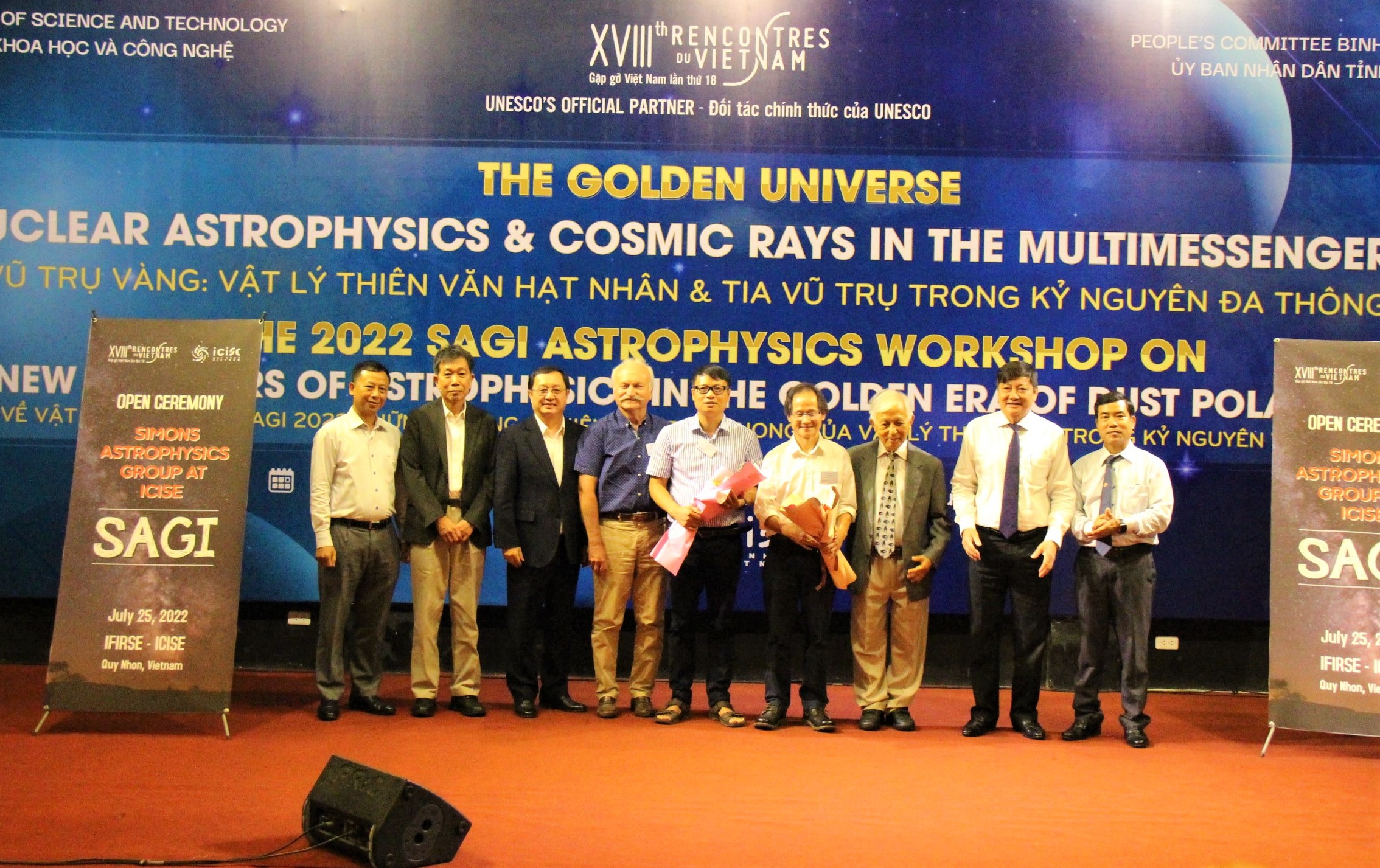 The launch of an astrophysics group in Vietnam funded by the U.S.-based Simons Foundation was announced during two international workshops on astrophysics in Quy Nhon City of the south-central Vietnamese province of Binh Dinh on Monday.

Rencontres du Vietnam (Meeting Vietnam) convened the two workshops, the 'Golden Universe: Nuclear Astrophysics and Cosmic Rays in the Multimessenger Era' and the '2022 SAGI Astrophysics Workshop on New Frontiers of Astrophysics in the Golden Era of Dust Polarimetry,' at the International Center for Interdisciplinary Science and Education (ICISE).

The event gathered more than 30 Vietnamese and foreign scientists from France, the United Kingdom, the Czech Republic, Germany, Italy, Israel, Japan, South Korea, and Malaysia; as well as around 50 physics students from three specialized high schools in Binh Dinh and the neighboring province of Phu Yen.

During the events, Dr. Nguyen Trong Hien, a Vietnamese-American astrophysicist working for NASA, announced the launch of the Simons Astrophysics Group at ICISE (SAGI), the first of its kind in Vietnam.

The group, including many Vietnamese experts working overseas, is funded by the U.S.-based Simons Foundation, one of the largest charitable organizations in the States making grants in mathematics and physical sciences, life sciences, autism research, and education and outreach.

“SAGI will organize seminars and summer schools, cooperate [with other organizations] in analyzing scientific data, and support young scientists in the country,” Dr. Hien said.

The group is funded by the U.S.-based Simons Foundation

City parents are struggling to find a babysitter for their children