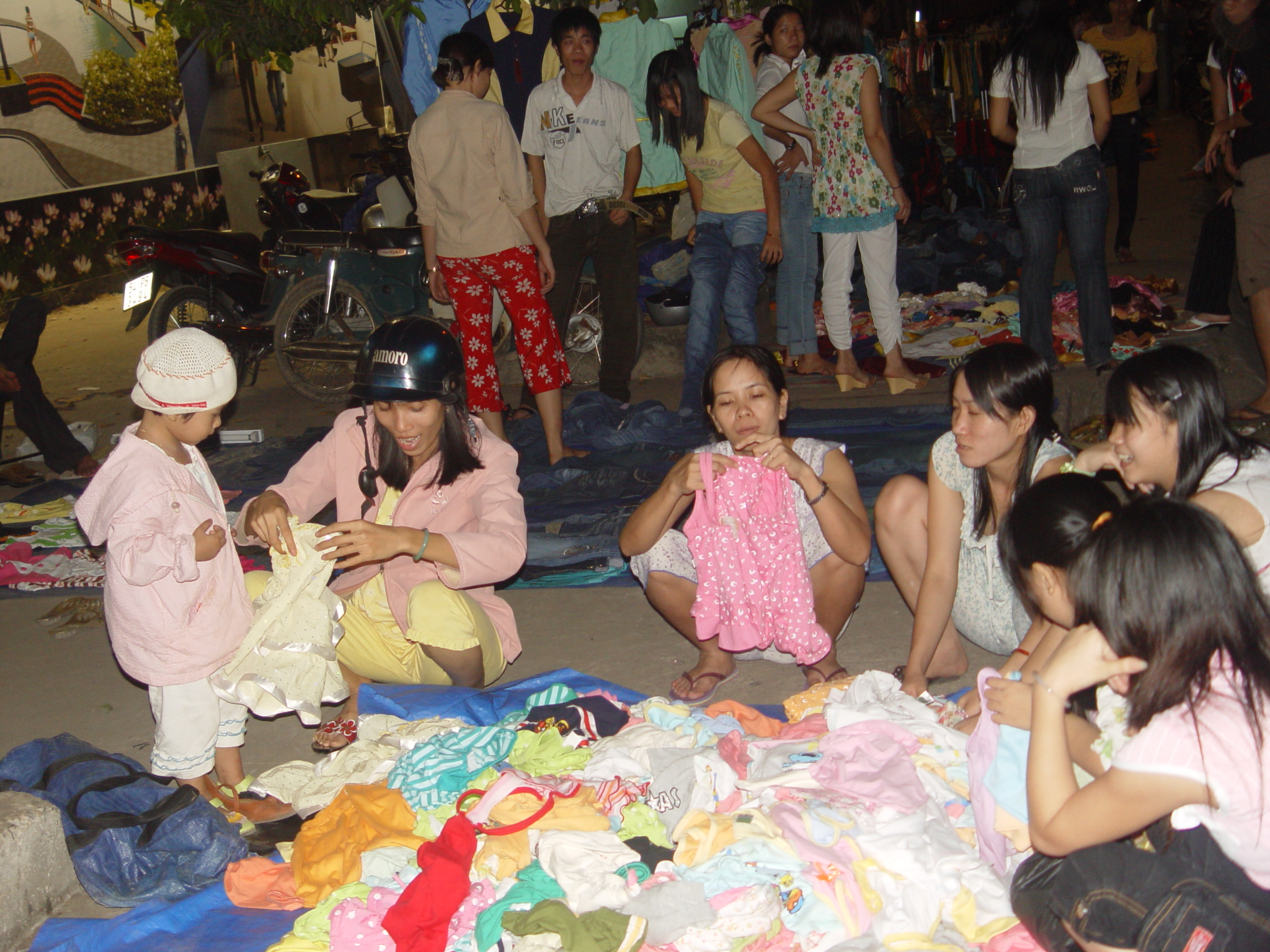 An austere Tet for migrant laborers

A large number of migrant laborers in Ho Chi Minh City can’t wait to celebrate Tet with their families back home, but their meager incomes may prevent them from doing so.

As city dwellers are busy preparing for the upcoming Tet (Lunar New Year), the question usually heard in alleys where migrant laborers live in cheap and shabby rooms is, “Are you going home this Tet?”

214 Nguyen Trai Alley in District 1, dubbed “no-sleep alley,” is the temporary home of some 400 laborers—mostly elderly and physically disabled—from central provinces. Most of the inhabitants there peddle lottery tickets well into the night in the downtown area.

As the main source of income for their families, most of these people are supposed to return home for Tet, except the few who are ill or have lost money in the past year in robberies.

The gifts they’ve prepared for their family back home range from TV sets, electric cookers, and thermos flasks to a few pieces of new clothes or calendars, depending on whether they have had a good year.

On a 100m section of Hung Vuong Street in District 5, there are some 20 carts that offer laminating and bike helmet fixing services. The cart owners are young couples or single youths from northern Hung Yen and Phu Tho provinces.

Nguyen Thi Hien and her husband, both from Hung Yen province, have worked away from home for six years. They haven’t been able to afford the trip home for Tet for a few years.

“Last year, we had to spend Tet in our small room for rent. We just looked at each other and wept as we really missed our baby back home. It’s much cozier at home, so this year we’ll try to borrow from friends for a brief Tet celebration with our baby and relatives,” Hien shared.

A coach trip from HCMC to central and northern provinces may cost some VND1-1.5 million (up to US$72) apiece. The ticket prices may multiply up to 1.5 times on the days near Tet.

It’s also frustratingly hard to get train tickets. If they fail to get one, they won’t be able to make it home or will be on edge for the entire trip on unlicensed coaches.

However, everyone is more than eager to come home for Tet, the country’s biggest holiday.

“We really can’t do without Tet at home, in which family members get together, burn incense, and make food offerings at our ancestors’ altars. It gives us strength for another year of hard work away from home,” shared Bay To, an elderly lottery ticket peddler in District 1.

Workers in HCMC-based industrial and processing zones as well as private companies are also eager to celebrate Tet with their families in their hometowns.

As Tet is approaching, they’ve done more night shopping for discount goods, mostly footwear and clothes, which are displayed on the sidewalks in areas densely populated with workers.

“We planned to buy more gifts, but our bonus wasn’t as much as expected, so we have to be frugal,” said a worker of Son Viet Plastic Co.

Meanwhile, Pham Thi Trinh, a worker of Toan Thang fish export company, lamented that as she and other workers can’t work overtime due to a lack of orders, they earn only some VND4 million ($191) a month. Their bonus, if the same as last year’s, will only be enough for coach or train fares.

“Tet shopping isn’t about luxury spending. It’s just that after one or some years working away from home, we have to look our best and bring our family gifts, so they won’t be disappointed,” explained Tran Minh Chat of Pouyen Co. in suburban Binh Chanh district.

Management and labor unions of local companies, particularly large ones, have made considerable efforts to facilitate their workers’ trips home for Tet.

According to Ngo Duc Hoa, chair of the directorate of Thang Loi Garment Co., over the past six years, his company has offered their workers free transportation to their hometowns. This year, some 300 workers will be given free rides on eight coaches to provinces across the country, even those in the north.

Meanwhile, Nguyen Thi Lien, vice CEO of Phong Phu Co., said that despite the textile industry’s financial difficulties, the company still manages to offer their workers bonuses of some VND10 million, worth two months’ earnings, as well as necessities and food as Tet gifts.

According to Tran Cong Khanh, chair of the labor union of HCMC-based industrial and processing zones, there are 290,000 workers working in 15 zones. The labor unions have offered 6,000 coach tickets, 2,500 gifts for particularly needy workers, and music performances during Tet.