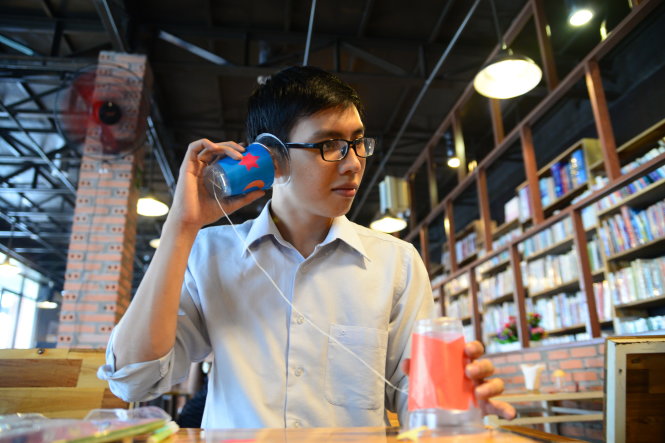 A young man is devoted to helping parents of autistic children better relate and communicate with them as part of innovative therapies.

When Le Tan Dat, a fresh university graduate, made known his plans to help autistic children one year ago, his friends gave him the nickname of “Dat autistic.”

The young man was initially upset at the nickname, which he thought was indicative of his mindless friends’ disrespect and indifference towards the children with the illness.

It later dawned on him that he needed to do more to help people be more aware of the condition and its sufferers.

In his third year at a banking university in Ho Chi Minh City, Dat translated documents on a foreign innovative autism therapy for a local family with two autistic children as a part time job.

He mingled with the two kids first to gain more knowledge on the condition.

It was then that he fully visualized the differences which the innovative treatment would make to the kids.

After he was done with the translating, Dat joined a volunteer group who offer tutoring to a number of families with autistic children in HCMC.

Since then, the “new breeze” from his part time job has dramatically changed the undergraduate’s career orientation.

In September, Dat joined a short study trip to the U.S. on the Son-Rise Program, a  home intervention approach targeted at autistic children and their parents.

According to www.autismtreatmentcenter.org, the Son-Rise Program was originated by Barry Neil Kaufman and Samahria Lyte Kaufman in 1974 for their son, Raun, who was challenged by autism.

A cornerstone of the program, which is a parent-directed, relationship-based play therapy, is the principle of "Joining".

Their Autism education model has changed the way children with Autism are helped worldwide.

“I was quite upset at myself for failing to raise people’s awareness on autistic children. I was then set on the mission of connecting the affected and people around, and can fully feel the parents’ elation at their children’s progress, though limited.

Dat, now 22, recently launched his own “Son Rise” project, which instructs parents how to change their relationship and home teaching approaches to their children.

“Like many, I’m impressed with autistic children’s soulless eyes, which really obsessed me during my first days working with them.

Dat’s parents initially dismissed what he was doing as a childish, impetuous act and requested he focus on his studies.

The young man also faced immense difficulty in expanding his volunteer network, and running a project which is common in other countries but has yet to gain a foothold in Vietnam.

Dat has launched his website “daycontuky.com” to share his hands-on experience and tips on effectively interacting with autistic children as well as his own emotional experiences with the children.

His long-running plan is to open a training center for local volunteers and groups to improve their skills in treating and teaching the children.