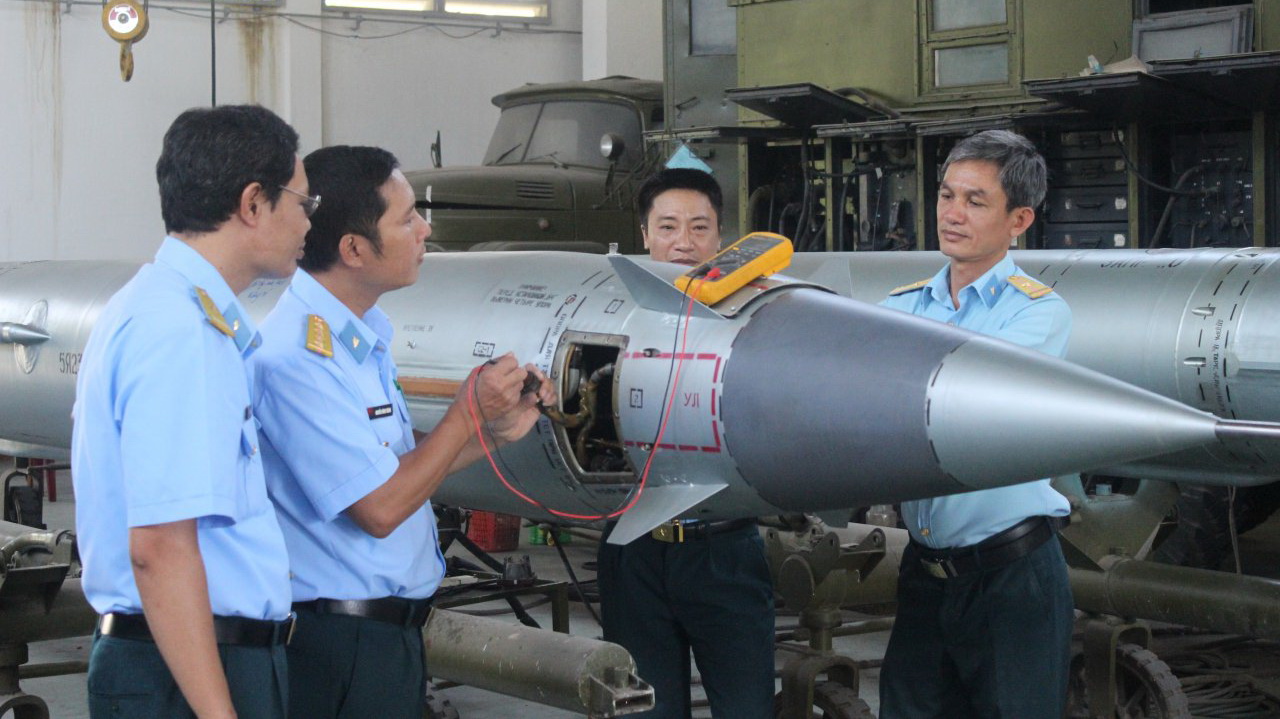 A29, the only factor operating under Vietnam’s Air Force and Air Defense Divisions in the southern region, is tasked with repairing the nation’s air defense weaponry, including radars, vehicles, and advanced missiles.

Commissioned in 1993, A29 is the newest workshop operating under Vietnam’s Air Force and Air Defense Divisions, according to Brigadier Phan Anh Tuan, the factory’s deputy chief director.

Despite its relatively young age, A29 is solely responsible for conducting repairs on the entirety of southern Vietnam’s air defense units, on land as well as at sea, Tuan said.

“Seventy percent of workers and technicians at the factory are professionally trained and highly skilled personnel who can conduct their work independent of support from higher ranking officers,” Tuan said.

“When the factory was first established, we could only repair outdated weapons that were badly broken.

"Now we can repair new and modern weaponry.”

According to Russia’s classification of the most challenging branches of engineering sciences, Tuan said, missiles were among the top four, alongside spaceships, submarines, and aircrafts.

Being able to work on such sophisticated technology is a remarkable achievement in itself, the brigadier asserted.

Engineers at the A29 factory also repair radars, self-propelled artillery, guided missiles, and other specialized equipment.

“The factory deals with technology that requires varying levels of expertise to repair,” Tuan explained.

“Be it radars, missiles, or artillery, each project requires knowledge, wisdom, and acumen.

"The more complex the technology, the more difficult the job.”

Each division works on already disassembled weaponry within its own secluded building, and without looking at the name tag it is almost impossible to tell which one is which.

At the radar division, one group of technicians was assembling a giant radar machine while another was fixing the cable for a radar-based air defense missile system.

“The weapon components can wear down after several years of use,” said Senior Lieutenant Mai Van Ba, deputy chief supervisor of the radar division.

“We use special equipment to check if the components are in satisfactory condition and replace worn down parts to ensure each weapon is combat-ready.”

The general procedure for treating a broken weapon is standard throughout the factory – disassemble, categorize, clean, repair, repaint, and reassemble.

Afterwards, the weapon is double-checked and fine-tuned to guarantee uniform performance across each system.

“Some of the components are in such disrepair that they must be replaced, though replacements are extremely rare and hard to come by."

To cope with the problem, engineers and technicians at the division take the initiative of manufacturing their own components rather than depending on foreign suppliers, proving that necessity is, in fact, the mother of invention.

Weapon systems that might have been sent abroad for repairs in the past can now be repaired on-site at A29, saving massive amounts of money and time for the country’s military units.

The skilled repairmen of A29 are also often mobilized to the East Vietnam Sea to perform missions on Vietnam’s Truong Sa (Spratly) and Hoang Sa (Paracel) archipelagoes.

According to Brigadier Phan Anh Tuan, the biggest challenge facing these men is Vietnam’s dependence on imported military technology.

Weaponry bought from foreign suppliers for national defense reasons often arrives without repair manuals and therefore must be sent to the original manufacturer when issues arise.

“Each year we accept dozens of young engineers from the Military Technical Academy,” Tuan said.

“Our vision is to improve our capability of repairing both old and modern air defense technologies.

"The first phase of our comprehensive reform is being rolled out and will include a reduction in the number of our divisions while increasing the range of expertise within each one.”

According to Senior Lieutenant Mai Van Ba, fixing weaponry is not the same as fixing a car, and it can be a matter of life and death when it comes to war.  Any mistake can have grave consequences.

“Engineers who deal with radar, high frequency waves and electromagnetic waves can be affected by constant exposure to signals,” Ba said.

“Fixing a piece of equipment can take months working with sounds of up to 40Hz.

"It is both a stressful and noisy environment. Without a passion for the job and a great sense of responsibility, one cannot stay in this profession.”