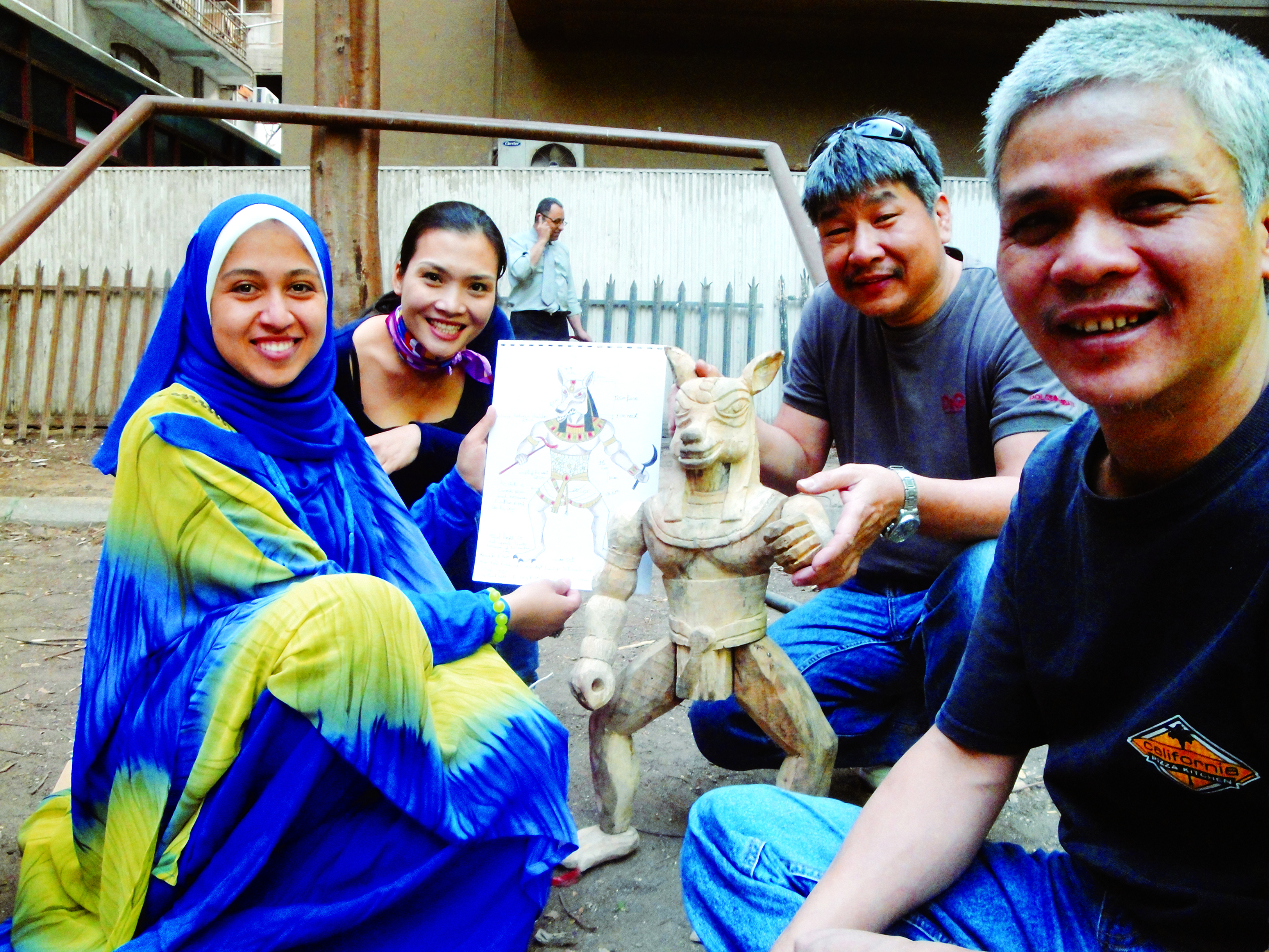 Mai Mohab’s first introduction to Vietnamese water puppetry came while she was researching her master’s thesis in 2008, four years before she even had a chance to visit the Southeast Asian country and see the traditional art form in person. Since then, she has been hooked.

Now, 10 years later, the 33-year-old puppeteer is credited with introducing her fellow Egyptians to this unique art form.

Mohab got her first hands-on experience with Vietnamese water puppetry in 2012, when she visited Hanoi with the Cairo Puppetry Theater, where she worked as a scenic and puppet designer, to attend a puppetry festival.

Dissatisfied with the quality of literature related to Vietamese puppetry that had been translated into her native language, Mohab decided to return to Hanoi the following year with the goal of learning enough about Vietnamese water puppetry to intertwine the ancient art form with her own country’s traditional stories.

During that two-week visit, she spent nearly 24 hours a day learning all she could about water puppetry, splitting her time between studying performance techniques at the Thang Long Theater and learning how to create and paint puppets at local traditional villages.

The then-28-year-old credits the success of her visit to the artists and artisans she worked with and whose enthusiasm served as her inspiration.

Vietnam is known as the birthplace of water puppetry, where farmers working in northern rice paddies created it as a form of entertainment.

The earliest recorded performance is described on a 12th century stele that still stands at a pagoda in the northern province of Ha Nam, but historians believe that water puppetry likely originated even earlier.

Turning one country’s ancient art into a modern performance thousands of miles away was no easy task for Mohab.

Still, the Egyptian puppeteer eliminated any doubts when she produced the first-ever Vietnamese water puppetry show performed overseas at the Cairo Puppetry Theater.

Now, her team has 16 puppeteers, all trained by Mohab and eager to continue spreading water puppetry throughout their country.

“I’m happy that I’m no longer the only artist in Egypt who loves and plays water puppets,” Mohab said.

Mohab believes Vietnam’s water puppetry will continue to make waves in Egypt’s art scene, saying that art is an international language understood by all Egyptians from the time of their birth.

Her dedication led to massive amounts of positive feedback beyond her expectations when she debuted water puppetry in Egypt.

Galad also shared that she likes “the finesse and creativeness of this form of art."

“I believe that Vietnam’s water puppetry can become popular in Egypt,” Galad added.

Another of Mohab’s colleagues also praised the uniqueness of Vietnamese water puppetry.

“Although I found it hard to operate the puppets in the first place, I’m now attracted to Vietnam’s water puppetry,” the colleague said.

She also shared that her ability to control the puppets has greatly improved thanks to Mohab’s lessons.

Such encouragement has nurtured bigger intentions in the water puppetry-passionate woman.

Mohab hopes to soon have a private stage where she can produce more water puppetry performances for Egyptian audiences.

In addition, the 33-year-old woman also plans to use water puppetry to present famous Egyptian myths that are enjoyed by people all over the world, thus building national pride and love for this form of art in young artists.

Most of all, Mohab is looking forward to cooperation between Vietnamese and Egyptian artists for a mutual water puppetry show, in order to honor the intersection of the two cultures and tighten the two countries’ friendship.