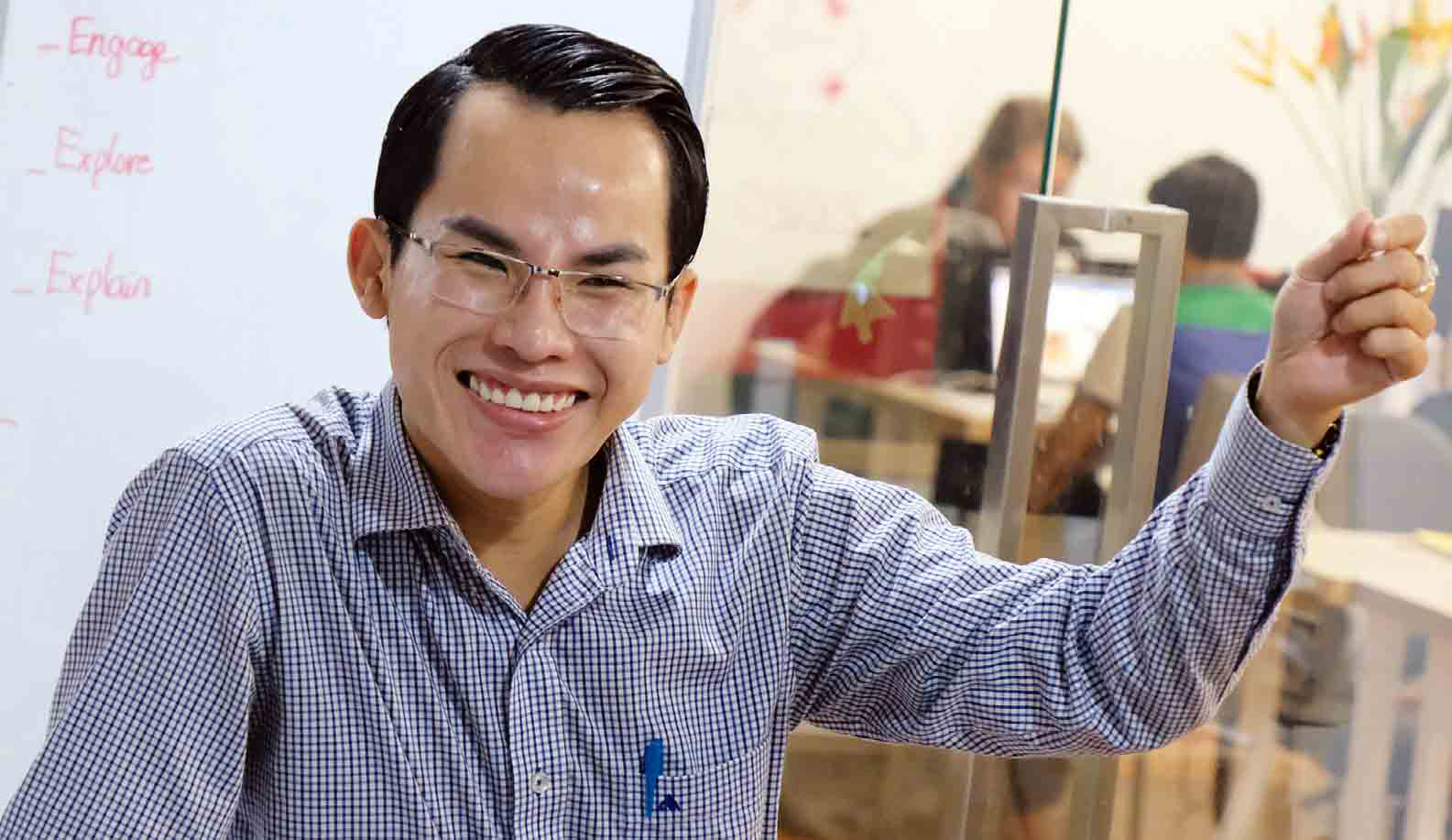 Growing up in a Ho Chi Minh City orphanage, 28-year-old Le Hoang Phong has overcome numerous obstacles to be a person like he desired to become, securing seats in the prestigious European Forum Alpbach for two years in a row.

“My capacity comes from humanity,” Phong wrote in response to a question on the application form for the Alpbach European Forum 2019 in Austria.

“I was raised by charitable meals, by the loving care of the SOS Children's Village, and by the community’s contributions, too.

The answer helped him become the 16th Vietnamese ever to have secured a spot in the 75-year-old forum.

Proud to be Vietnamese

The orphan, who was raised at the SOS Children’s Village in Ho Chi Minh City, has been given many opportunities to become a person who can now give back to the community.

After writing a piece for Tuoi Tre (Youth) newspaper two years ago recounting his experience “growing up with 40 siblings” at the orphanage, Phong was chosen to be a fundraising ambassador for the Vietnam SOS Children’s Village and helped to raise more than VND1.7 billion (US$73,000) for underprivileged children.

After that, he applied for two sponsorships to join an education forum at Columbia University in the U.S. and the European Forum Alpbach in Austria.

He was selected for both programs and decided to participate in the latter.

The European Forum Alpbach is an Austrian nonprofit organization based in Vienna, Austria. It is best known for hosting an annual conference of the same name in the village of Alpbach.

A forum typically lasts 17 days, during which participants will discuss issues related to science, politics, business, and culture.

More than 5,000 people and 700 youths from over 70 countries accept the invitation to partake in the European Forum Alpbach each year.

Among them are heads of state, leaders from the United Nations and the World Bank, and Nobel laureates.

It was the first time Phong had come to Europe.

Phong also had the chance to discuss environmental topics with international participants from some of the world’s most prestigious universities such as Harvard, Cambridge and Oxford, where he presented an initiative called Global Water Citizen to address water security.

He presented it in the form of an exhibition to help raise awareness of the value of water in the context of human life and in relation to women's dignity.

“My initiative was voted among the top three. I realized that I could not be as good as other students from the top universities, but I have my own value of which I could be proud,” Phong said.

“When I introduced myself to be Vietnamese and presented the way Vietnam manages its water resources, I received considerable encouragement from everybody."

Phong recalled asking former UN Secretary-General Ban for a photo and was greeted by the South Korean with a Vietnamese phrase ‘xin chao, ban khoe khong?’ (Hello, how are you?), which took him by surprise.

Following the Alpbach forum, Phong became the first Vietnamese appointed to be the forum’s ambassador.

He also earned a scholarship to take part in this year’s European Forum Alpbach, which was moved online in August 2020 because of the novel coronavirus disease (COVID-19) pandemic.

‘Mother didn’t bring me up for money’

Speaking of what has happened in his life over the last two years, Phong considered himself extremely fortunate to be loved and given the opportunities, which he welcomed with deep gratitude.

While preparing for the Alpbach 2020 and another forum in Brussels, Phong was also ready to launch his first project as a businessman: ‘Thu quan doanh nhan’ (The entrepreneur’s bookstore), which provides English training while equipping learners with the skills needed for 'personal leadership.'

Three years ago, Phong took part in the ‘Teach for Vietnam’ project in Tay Ninh Province, around 100 kilometers from Ho Chi Minh City.

He taught English to children and also showed them how to value themselves and be confident in their own accent in speaking English, from which he hoped they would “understand and appreciate diversity in a complicated world.”

“I launched the business not for taking advantage of my success to teach English for money,” he said.

Phong hopes that affordable monthly tuition of VND1 million (US$43) will bring equal educational opportunities to everybody.

In Phong’s stories, a woman he refers to dearly as “Mother Hanh” comes up frequently. She was the one who raised him as an orphan at the SOS Children’s Village.

The man spoke fondly of how Mother Hanh had borrowed 3.75 grams of gold to sell for money so Phong could take his first English lessons.

“I have had chances to get a high-paying job, but I always think about Mother Hanh, the woman who certainly did not bring me up for money. Although she is poor, she never abandoned me even for just one day,” Phong said.