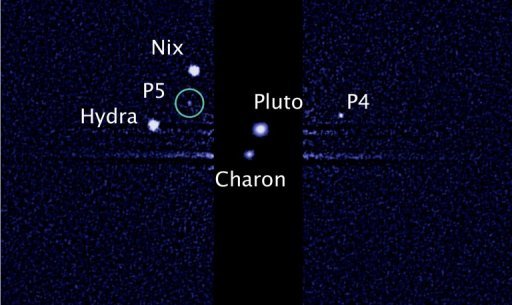 Pluto's fourth and fifth moons, discovered in 2011 and 2012, have been named Kerberos and Styx, the International Astronomical Union (IAU) said on Tuesday.

Formerly known as P4 and P5, the names were submitted by the astronomers who found them, with input from the general public in an open contest, the Paris-based organisation said.

Kerberos is the Greek spelling for the name Cerberus -- a many-headed dog that guarded the entrance to the underworld in Greek and Roman mythology.

Styx was the name of the goddess who ruled over an underworld river by the same name.

The moons were discovered by the Hubble Space Telescope.

"Kerberos lies between the orbits of Nix and Hydra, two bigger moons discovered by Hubble in 2005, and Styx lies between Charon, the innermost and biggest moon, and Nix," said the IAU.

"Kerberos has an estimated diameter of 13 to 34 kilometres (eight to 21 miles) and Styx is thought to be irregular in shape and is 10 to 25 km across."

The IAU acts as the arbiter in naming celestial bodies, advised by astronomers.

"The IAU rules ensure that the names work across different languages and cultures in order to support collaborative worldwide research and avoid confusion," it said in a statement.

Pluto, once known as the ninth planet from the Sun, was declassified as a full-fledged planet in August 2006 and joined a new category of dwarf planets, although the decision remains widely contested.

For those who believe in the yeti, the news can only be described as, well, abominable 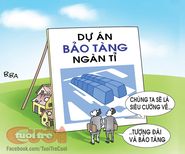 A heavy metal fan was found to have bleeding in the brain a month after a night of headbanging at a Motorhead concert, doctors in Germany reported on Friday

A resident in the Mekong Delta city of Can Tho sent an iPhone 4 to her relative in northern Thai Nguyen Province, but what the recipient got was a Nokia 1200 handset