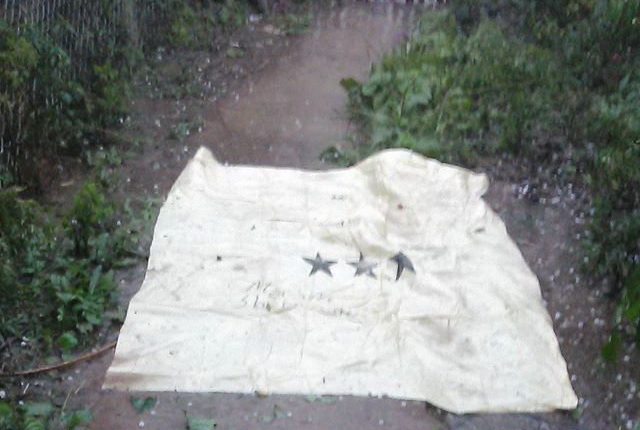 People in Mai Son Commune in the north-central Vietnamese province of Nghe An might be the only ones on earth to associate a hailstorm with good luck.

While the hour-long hailstorm that hit the commune on Sunday destroyed many houses and public construction works, many locals rushed out to the streets to collect the hail and eat it.

As the hailstorm was a rare phenomenon, people believed it came with good fortune, said the commune’s chairman Lo Dai Duyen.

“The hailstorm came with strong winds and lasted more than an hour,” he said.

It scattered thousands of hailstones with diameters of up to three centimeters on the ground, and it was the first time locals had ever seen it.

“The powerful winds and heavy rain damaged some constructions, but fortunately there were no human casualties,” Duyen added.

The commune administration did not have an immediate report on the total damage caused by the hailstorm.

Mai Son is a remote commune that borders Laos and has yet to be connected with the main traffic system and national power grid.

A Jetstar Pacific flight landed safely at an airport in central Vietnam on Sunday night after a bird strike, a spokesman of the low-cost carrier said Monday

He is the second child in the family

Brazil woman hospitalized next to killer of her family