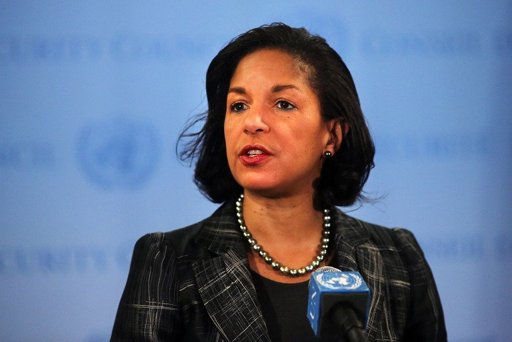 President Barack Obama will name UN ambassador Susan Rice as his new national security advisor Wednesday, months after her hopes of becoming the top US diplomat were scuppered by the Benghazi affair.

Rice will take over from Obama's current national security advisor Tom Donilon in July, in a shake-up of his foreign policy team that will see former aide and genocide expert Samantha Power take the top United Nations job.

The move marks a swift turnaround in fortunes for Rice, 48, who pulled out of consideration to be Obama's second term secretary of state, a victim of the controversy over the attack on the US mission in Benghazi, Libya.

"The President will announce that after more than four years at the National Security Council, Tom Donilon will be departing as National Security Advisor in early July and will be succeeded by Ambassador Susan Rice," a US official said.

The official said that Obama would also use the ceremony to name Power, a former foreign policy aide, genocide expert and Pulitzer prize-winning author, to replace Rice as US ambassador to the United Nations, the official said.

Donilon has been at Obama's side since he entered the White House in 2009, and took over from the president's first national security advisor, retired general James Jones, in 2010.

He was at the center of the decision to pull US troops out of Iraq, to withdraw combat troops from Afghanistan by the end of next year and the killing of Al-Qaeda chief Osama bin Laden in Pakistan.

Donilon has also been a key figure in China policy, masterminding Obama's diplomatic 'pivot' to Asia, and recently traveled to Beijing to prepare for the visit of Chinese President Xi Jinping to California for talks with Obama later in the week.

His retirement has long been expected this year.

Donilon has kept a low public profile as national security advisor but has been a dominant force in the Obama administration. He is known for scrupulous preparation, driving staff hard and as an expert bureaucratic player.

He is also liked and respected by many colleagues, despite a recent profile on the Foreign Policy website which aired criticism of his personal style.

Rice, who served as an assistant secretary of state for Africa in the Clinton administration, has long been one of Obama's closest foreign policy aides, dating back to his 2008 campaign.

She was widely expected to be named secretary of state to follow the departing Hillary Clinton.

But she was accused by Republicans of deliberately misleading Americans over the origins of the attack on the Benghazi mission on September 11 last year, which killed four Americans including the ambassador.

However, recently released email traffic between top administration officials shows she had no role in crafting the talking points on the attack which she used on Sunday television talk shows to argue that the assault was part of a spontaneous anti-US protest rather than a planned terrorist attack.

At the time, Obama angrily rejected "outrageous" Republican attacks on Rice, saying she had done "exemplary work" at the UN, showing "skill and professionalism and toughness and grace."

Rice's removal from the race to be secretary of state opened the door for former senator John Kerry to take over a post he has long coveted.

She won plaudits in the White House for her work at the United Nations, lining up tough sanctions on Iran over its nuclear program.

She is known for a robust personal style and reputedly has sharp elbows, but she will derive considerable power from her status as one of Obama's original inner circle of foreign policy advisors.

Rice does not need to obtain Senate confirmation to serve as national security advisor, the president's closest foreign policy aide, so any residual opposition from Republicans will not be a problem for her.

Power, 42, formerly served Obama as a special assistant focusing on multilateral affairs and human rights. Before entering government, she won a Pulitzer Prize for a book focusing on American foreign policy and genocide.

The job of US ambassador to the United Nations will remain a cabinet position, a US official said.