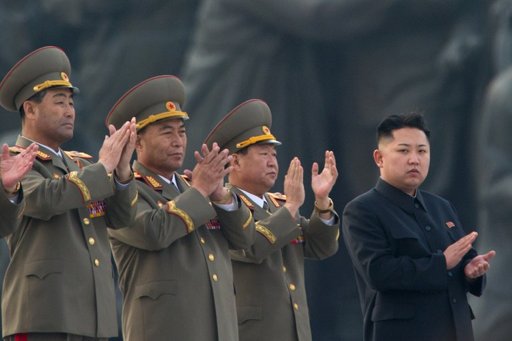 The move came hours after dozens of South Korean firms threatened to withdraw from the zone at Kaesong in the North, complaining they had fallen victim to political bickering between the two rivals.

"The hotline was restored this afternoon after North Korea accepted our request to normalise it," a South Korean unification ministry official said on condition of anonymity.

The move followed months of high tensions and threats by Pyongyang of nuclear war.

As tensions began easing last month, the North restored the hotline across the border truce village of Panmunjom for talks on setting up a high-level meeting to discuss the fate of the zone.

But the line was switched off again after plans for the talks collapsed due to disputes over protocol.

The Kaesong estate, where North Koreans work in Seoul-owned factories, was the most high-profile casualty of the months of elevated tensions that followed the North's nuclear test in February.

Operations at the complex just north of the border ground to a halt soon after the North banned entry by the South's factory managers and other officials on April 3.

About a week later Pyongyang pulled all its own workers out.

In an unexpected change of course on Wednesday, the North sent a message to the South saying South Korean businessmen and managers would be allowed to visit the complex.

It said the businessmen could take emergency steps to avert damage to facilities and materials during the rainy season, according to a unification ministry statement.

South Korean managers could have talks with their North Korean counterparts during their trip, it said.

The North's invitation sparked speculation that it may be ready for dialogue with the South.

But South Korea responded cautiously, saying it would review the proposal and convey its response later.

"The North's offer is seen as a strategic change in its attitude, but we cannot say yet it is interested in sincere talks with the South," Yang Moo-Jin of the University of North Korean Studies in Seoul told AFP.

The North has moderated its tough stance in recent weeks, apparently under pressure from China, but South Korea remains sceptical, he said.

Kaesong was established in 2004 as a rare symbol of cross-border cooperation, with some 53,000 North Koreans working for 123 South Korean firms in recent months.

It was an important hard currency source for the impoverished North, mainly through its cut of workers' wages.

Neither side has declared the complex officially closed despite the paralysis for the past three months, calling it a temporary shutdown.

Representatives of the South Korean companies have repeatedly urged the two sides to open talks to revive the moribund industrial park.

Of them, 46 are manufacturers of electronics and machinery parts whose facilities are especially vulnerable to humidity in the current wet weather.

"The manufacturers of machinery and electronics parts cannot wait any longer. Kaesong must be reopened... or they have to move elsewhere", Kim Hak-Kwon, who represents the 46 companies, told reporters earlier in the day.

"It has been 92 days since the complex came to a halt... our patience has been stretched beyond its limit."

Several companies have been in talks to move facilities out of Kaesong and relocate them abroad including China, Kim said.