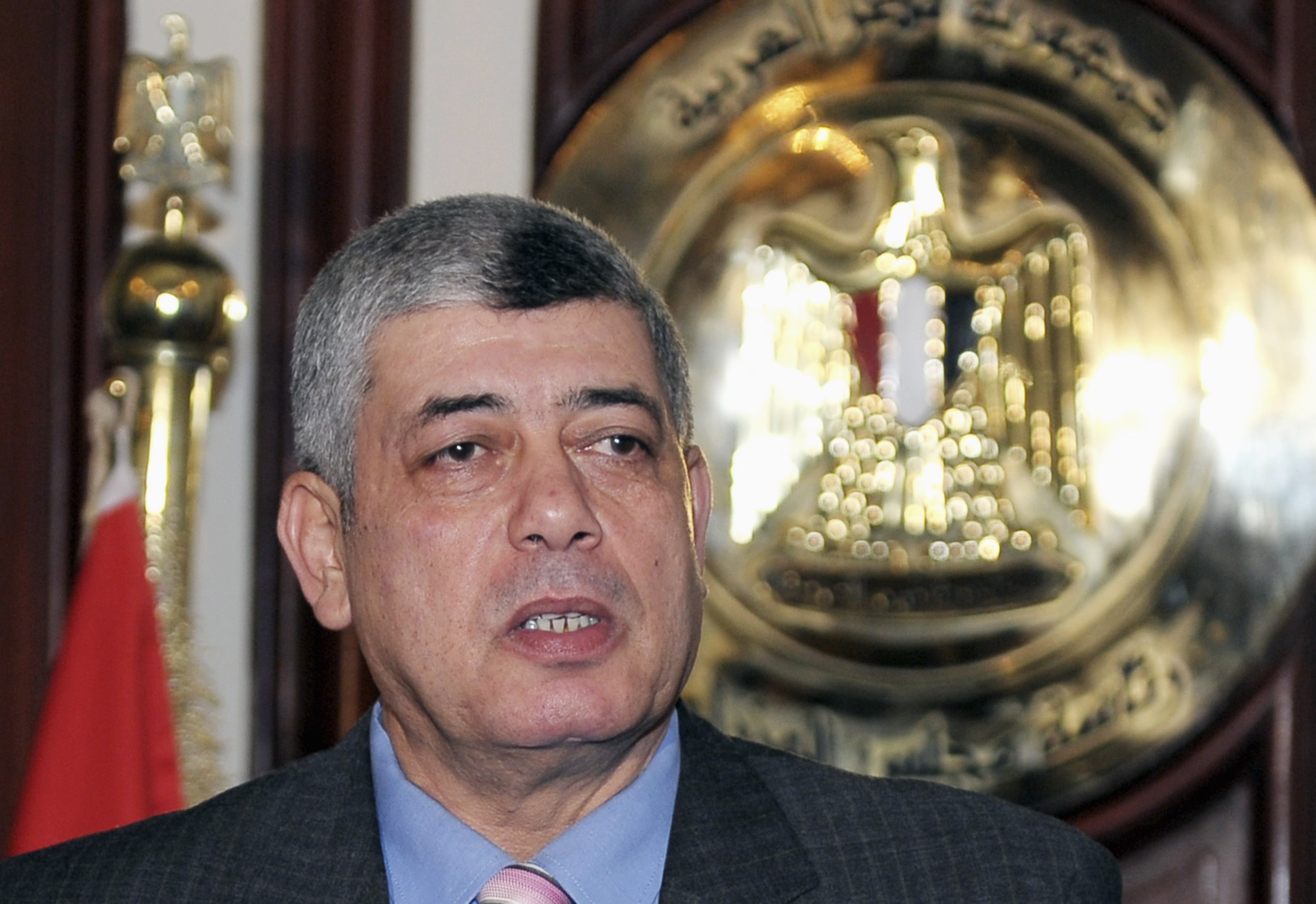 CAIRO – The Egyptian interior minister survived an assassination attempt unhurt on Thursday when a remote-controlled bomb blew up as his convoy drove through Cairo's Nasr City district, security officials said.

Security officials said at least two people had been killed and at least 10 wounded, but gave no further details.

The minister, Mohamed Ibrahim, was among those who oversaw a violent crackdown on supporters of Mohamed Mursi, the Islamist president ousted two months ago by the army following mass protests against his rule.

Asked by reporters whether the attack marked the start of "a new wave of terrorism", Ibrahim said: "What happened today is not the end but the beginning."

Ibrahim said this week that he had been informed of plans to kill him, and that "foreign elements" were involved. General Abdel Fattah al-Sisi, head of the armed forces, had supplied him with an armoured car identical to the one he uses, he said.

There were conflicting reports about the nature of the attack. Security sources said three bombs planted inside a parked motorcycle had detonated as Ibrahim's convoy passed by. State TV reported a bomb had been thrown from a roof.

Ibrahim said the "despicable attempt" on his life had destroyed four of his bodyguards' vehicles. He said one police officer was in critical condition, and that another officer and a small child had lost their legs.

"Many of my guards were injured," he said, adding that investigations had shown the blast had been detonated remotely.

Armed security forces quickly sealed off the area, where blood and pieces of flesh were scattered on the ground. A number of cars were damaged and the windows of adjacent buildings smashed.

"People have died, can't you see?" a policeman, who declined to give his name or further details, told a Reuters reporter at the scene.

"I was standing by a kiosk when police officers came and told me to make way as the minister's convoy passed. I moved a few inches, then I heard a huge explosion sound," said local resident Mohamed Raafat.

"I looked behind and I saw remains of dead bodies and was told that a car that was parking had exploded near the convoy."

The military-backed government that took over from Mursi has killed hundreds of supporters of his Muslim Brotherhood, which it accuses of inciting violence and committing terrorist acts, and arrested most of its leaders. Around 100 members of the security forces have also been killed.

The Brotherhood denies the allegations and accuses the army of staging a coup and trying to return Egypt to the repressive era of former president Hosni Mubarak. It says it is committed to peaceful resistance.

Egypt faced an Islamist insurgency in the 1990s, when bombing and shooting attacks destabilised the country and hurt tourism.

Islamist militants, who had taken advantage of a security vacuum left by Mubarak's fall to establish themselves in the relatively lawless North Sinai, have stepped up attacks on security forces in the area since Mursi was toppled.

Nasr City was the scene of Egypt's most famous assassination, when Anwar Sadat, Mubarak's predecessor as president, was killed by Islamists in 1981.

"So when they use violence to disperse protesters, despite our opinion of those Brotherhood protesters, what did they expect to get in return? Peace and prosperity? They will only get more violence.1